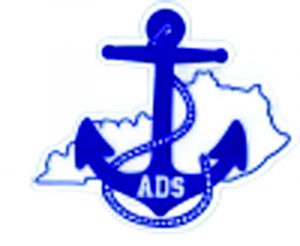 Dave Cottrell is already a Hall of Fame member at Danville High School, but tonight brings another honor for the former Admirals coach as he’s honored prior to the game against Lincoln County.

“Any honor is appreciated,” Cottrell said. “I put in 15 years there, so that was most of my coaching career. To be recognized for it is a big honor.”

Current Ads coach Ed McKinney decided it was time to finally bring in Cottrell for his own special recognition by the boys basketball program, and he wanted it to be a game where the stands will be full. The 45th District battle with Lincoln should fit that bill.

“We’ve never really recognized him in basketball, and that’s why he’s in the Hall of Fame,” McKinney said. “At least as long as I’ve been here, we’ve never done anything for him and that’s 26 years. It’s something if it slipped our mind or whatever, he’s certainly deserving of the recognition as one of the best coaches in school history.”

Cottrell was the head basketball coach for 15 years, compiling a record of 286-145. He won 18 tournaments, two regional titles and one Central Kentucky Conference championship. His regional title in 1973 was the last until 1991.

He also coached the tennis team for 14 years, with regional singles and doubles champions. He coached golf and track each for two years.

Cottrell played at Georgetown College before going into the U.S. Navy for two years, where he played on a traveling team. He came to Danville in 1961.

His coaches in high school and at Georgetown helped influence him to pursue a career in coaching.

“Bob Davis had just come to Georgetown, and he turned out to be a great coach,” Cottrell said. “He started at Georgetown and then went to Auburn.

“My high school coach was a mentor and helped me along the way, taught me how to play tennis. He was a big influence, and that was my first inkling.”

As Cottrell pointed out, the program had success before he came, but the bar was raised when the new school was built — with a gymnasium — in his fourth season. Before that, they practiced at either Jennie Rogers or Hogsett Elementary Schools and played at Centre College.

He also feels getting involved with the football program got “my foot in the door with these athletes as freshmen.”

“Danville has been a football school, and it was rewarding to me to get these guys to come out and play basketball,” he added. “And each year we seemed to get better and better.”

Cottrell now works at Coldwell Banker VIP Realty in Danville, and he says he doesn’t miss his coaching days.

“By the time you taught school all day, then had practice or a game and still had your classwork to do at night, there were too many hours involved. It just wore me out,” Cottrell said.

So why did he coach for so many years?

“It was the players, the association with them,” he said. “I was fortunate to have a bunch of good athletes. I looked forward to the next year every time.”