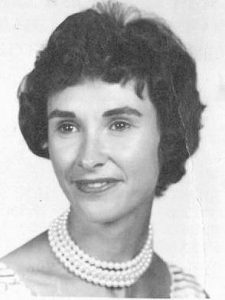 She was a member of St. Mark’s Lutheran Church. She was inducted into the Madison County Hall of Fame. She coached swimming for 50 years for Space City Swim and Huntsville Swim Association and Rocket City Aquatic Club. She also coached at the national level and several Olympic athletes before she retired at age 79. She loved animals, especially cats.

In addition to her parents, she was predeceased by her husband, John William Norris and her sister Lucille Caton Kerr.

Visitation will be 4-6 p.m., Saturday, February 11, 2017 at Stith Funeral Home, Danville. There will be a Celebration of Life Ceremony to be held on February 20, 2017 in Huntsville, Alabama.

Memorial donations are suggested to the Danville-Boyle County Humane Society.