Carl T. Martin, age 75, of Stanford, passed away Thursday, February 9, 2017 at UK Chandler Medical Center in Lexington. Born Monday, January 19, 1942 in the Turnersville Community of Lincoln County, he was the son of the late Elmer Lewis and Virginia Kennedy Martin. 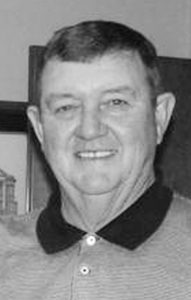 His loving wife, whom he married April 20, 1962, is Joyce Taylor Martin of Stanford. Carl was a retired Greyhound Bus Driver and owned Martin Tours for 25 years. Carl was a member of McKinney Christian Church, the coach of the 1978 South Lexington Little League World Series Baseball Team, was an avid golfer, was a sports enthusiast, loved bluegrass music, loved to exercise, and was the family historian.

In addition to his parents, he was preceded in death by one brother, Russell Martin.