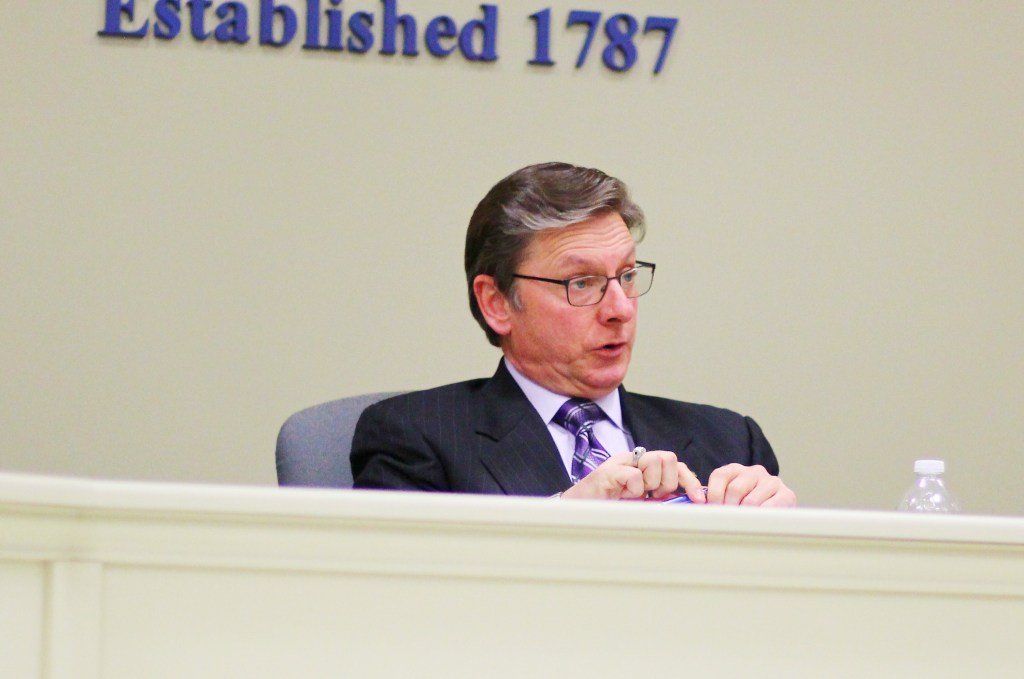 Code enforcement officers would gain the ability to fine people who violate codes in Danville under a proposed ordinance the city is considering.

Currently, Danville’s “only remedy” when someone violates a code is to take care of the violation and then place a lien on the property for the cost of that work, City Attorney Stephen Dexter said.

“Now, for instance, if someone doesn’t mow their yard, the city’s sole remedy is to go mow it and place a lien on the property for what it costs. So it costs $100, go place a lien on the property for $100, hope to collect it,” Dexter said. “This ordinance will allow staff to fine someone, also abate the nuisance and charge them for both. So it adds strength to the code enforcement process by allowing officers to issue fines — just like if you get a parking ticket, you’ve got to pay a fine.”

A schedule of how much violators would be fined for each kind of offense has not been built into the draft ordinance yet, Dexter said. Commissioners agreed with a suggestion from City Manager Ron Scott that city leaders from various departments be consulted and a proposed fee schedule be brought back to another city commission meeting.

As the proposed ordinance is currently setup, there could be increasing fines for first, second and then every subsequent offense. Fines could be assessed for code violations in 11 different areas: buildings, fire, flood/stormwater, garbage, nuisances, offenses, peddlers/solicitors, streets/sidewalks, taxation, trees/shrubbery and utilities.

Dexter said the ordinance would give code enforcement officers the option of giving owners time to fix a violation before a fine is assessed.

People who are assessed a fine would have seven days to pay a smaller fine amount or 14 days to appeal the violation. It the early amount is not paid and an appeal is not filed, the violator would then owe a higher fee amount, Dexter said.

Dexter asked if city commissioners were “pleased with the approach” taken in the draft ordinance. “Yes,” Mayor Mike Perros said.

Dexter said the ordinance would be the third prong of a three-prong plan overhauling how code enforcement in Danville works.

The first prong is monthly reports to the city commission on code enforcement — something that has already been happening for several months, he said.

The second prong is updating a code enforcement flow chart that defines what happens at each stage after a violation is reported or cited and how long each stage might take. Commissioners reviewed the flow chart Monday night, but tabled it in order for revisions to be made.

The city also approved Monday the purchase of Code Enforcement Manager software at a total cost of $9,949 initially and $6,372 annually. Dexter said that purchase is part of the overall plan to up the efficiency of code enforcement.

“What a field officer will eventually be able to do is make a citation, take photographs of it in the field, print from the device, post it and its in this notification system,” he said.

Everything will be posted to a central notification system that anyone can subscribe to. Such a notification system is required to be in place so that the city’s liens placed for code violations will have “super priority” and be paid before all other liens, Dexter said.