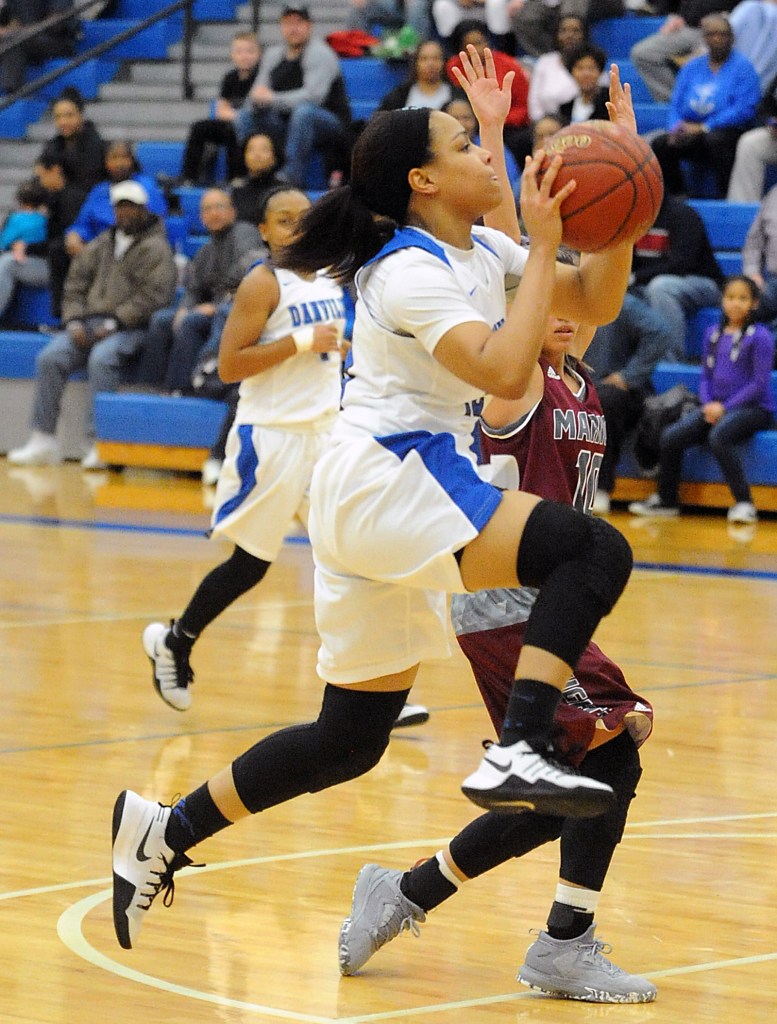 Try as it might, the Danville girls basketball team couldn’t make Marion County go away.

Each time the Admirals would get some breathing room in Monday night’s home game, the Knights would find a way to trim into the lead. It took four Ivy Turner free throws in the final 15 seconds for the Ads to finally ice the win, 66-61.

“That’s also the scary thing about Senior Night, the kids get into the festivities, and it’s not that you lose focus, but the emotions are there,” Danville coach Michael Menifee said. “Like I’ve been saying, they find a way down the stretch to do what we need to do, stay focused and win basketball games.”

The fourth quarter started to resemble a lopsided Ads victory, with the home team going up by as many as a dozen points. The Knights, though, weren’t ready to roll over, particularly senior guard Haeli Howard, who had 11 of her game-high 32 points in the frame. Her most dangerous points came on back-to-back and-one makes.

Turner’s only points in the fourth came from the free throw line, but they were huge, turning a 62-61 lead into the five-point final margin. She went 7-of-8 from the line for the game, helping Danville make 18-of-25 free throws all together. 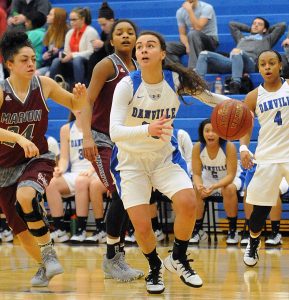 Turner had 18 points to lead Danville (17-7), which has won five straight games. Alyvia Walker had 17 points, and Zenoviah Walker added 11.

“Zenoviah had big defensive stops … Liv knocked down hers, and then Ivy hit her free throws at the end,” Menifee said, “that’s what you expect from those three to close out basketball games. It’s just those little plays you have to work on to be a championship-caliber team.”

The Ads are on the road against Taylor County tonight before closing out the regular season with a home date against Casey County on Thursday.

Danville builds big lead, has to rally to top…