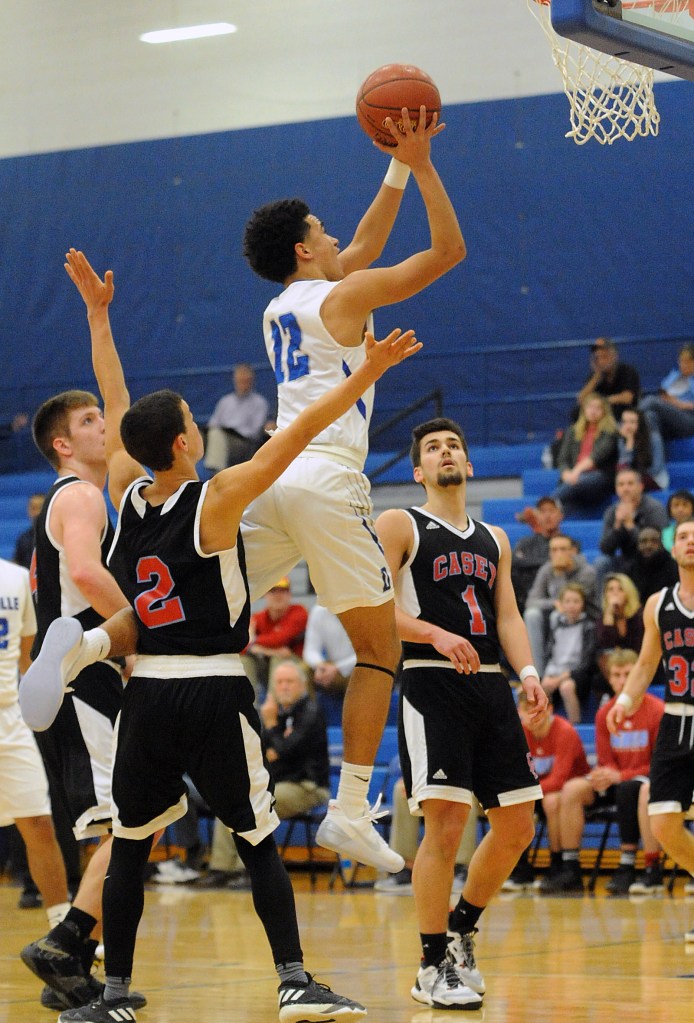 Tournament games are filled with high pressure situations and tight scores. So in that respect, Danville’s 75-72 boys basketball win over Casey County fits the bill of a tournament tune up.

However, Admirals coach Ed McKinney pointed out most of the drama and pressure was created by his team.

The Ads went up early and big, holding a 21-7 lead late in the first half and increasing it to 30-15 midway through the second quarter. Over the next 10 minutes, 30 seconds of game time, though, the Rebels outscored Danville 27-11 and turn a blowout into a nailbiter.

“If playing under stressful conditions, if it’s self-induced, then maybe we gained something because we sure did make much more stressful than it should have been,” McKinney said. “We’ve got to do a better job of understanding the game.

“You’re never going to beat them 52-47, especially if you turn the ball over like we did. But it’s a good win. We want to keep winning.”

As the Rebels (9-18) get ready for the postseason, too, coach Jason Price was left searching for answers once again as his team let a huge void in the game put them so far behind.

“Evidently, that’s just who we are,” Price said. “We’ve been trying to avoid it all year. We dig ourselves a hole at some point. Recently, it’s been early.

“I love their fight, but I don’t know what we need to do to prepare to play right from the tip. We’ve got to do that before three games from now. I like the fight, but we’ve got to play 32 minutes.”

Danville raced out to its big lead on the back of its 3-point shooting; the Ads first five buckets were all 3s as they held a 15-5 lead with 3:11 remaining in the first quarter.

And it kept going from there as Zach Thornton sandwiched baskets around Jake Smith’s first field goal of the game, and Jared Southerland put back a missed shot for a 21-7 lead. 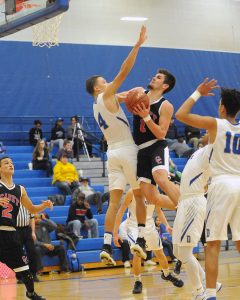 Max Reyes and Smith chipped into the lead to start the second quarter, but a 9-0 Danville run — including a David Walker 3-pointer — pushed the lead out to 30-15 with 4:09 until halftime.

But then Casey started steadily grinding away at the deficit. The Rebels closed to within 10 points at halftime, and a 9-0 run to open the second half got them within one at 34-33.

“We had a little slippage at the end of the first half,” McKinney said. “… Sometimes we get into this relaxed, we start jogging around, it’s an easy lead. It’s never easy in Kentucky high school basketball.”

From there, neither team would go up by more than six points, and they mostly stayed within three points of each other. On the fifth lead change in the first four minutes of the fourth quarter, DeShaud St. Martin hit his second straight field goal to give Danville the lead to stay at 57-56.

The Ads made 11-of-14 free throws over the final half of the fourth, and they finished the game 21-of-30 from the line. Southerland made eight of his 10 tries in the fourth quarter on his way to a team-high 26 points.

Smith came into the game averaging over 20 points per contest, but he was held to nine points in the first half. His 22 points after halftime helped key the Rebels run as he closed out with a game-high 31 points, including three 3-pointers.

“(Smith) and Miller, I feel like they’ve been playing down there for like 10 years,” McKinney said. “I’m glad both of them are graduating; I’m sick of trying to guard them. Both of those guys are four years starters. … We made (Smith) take tough shots, we made him work to get it. Those two guards are as good of guards as we play against in the region, and we’ve got them (shooting) 16-for-46 (from the field). We’ll take that.”

The road into the playoffs doesn’t get any easier for either squad.

“No rest for the weary,” McKinney said.