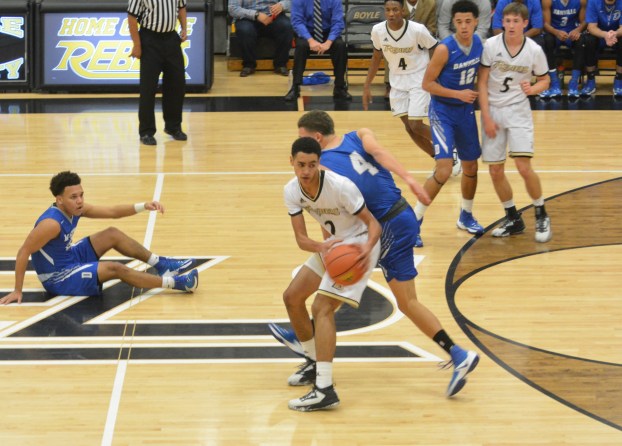 After ten years of being home schooled, Will Imfeld began contemplating a different path for the remainder of his high school education. Academically, he was excelling in this environment, but socially and athletically, he was interested in taking a leap forward.

Imfeld decided to explore the public school setting once he had considered his options. Because he already knew several BCHS students and enjoyed watching the basketball team, as he was a player himself, he decided to visit the school in the spring of 2016.

“I liked what I saw in the classes and the people.” From that visit, Imfeld was eager to create more friendships and further his education at Boyle County. 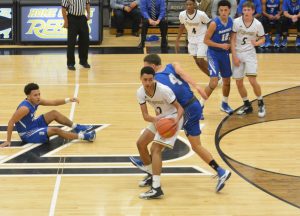 Following his decision to attend public school, he continued to hear negative comments regarding this type of education. “I really didn’t know [what to expect], that’s one of the reasons I came here, because I wanted the experience. However, it’s pretty much met my expectations, without the ‘bad’ people though.”

On his first day of public school, he was reunited with several old friends but also began new friendships with classmates. He is adapting pretty well, and one of his new friends, Benjamin Hatfield, even claimed, “He is my hero.”

As for his new social structure, he is maintaining his strong religious values while influencing others by his example. Imfeld is very kind and generous towards others throughout the school. Another new friend, Cameron Guinn, summarized him as being “one of the coolest guys I know. He is generous, funny, and just an all-around kind-hearted person.”

Even though the academic and social transition has been smooth, other challenges have presented themselves. “Basketball wise, it was kind of difficult because it’s a different level of competition with different people. School wise, it’s been pretty easy with similar education levels. I just think the schedule for public schools is a lot more rigorous, but it’s been okay.”

The rigor of a long basketball season has been quite challenging, but his hard work is paying off as he has become a starter for the varsity basketball team. With the Rebel Rowdies’ (student pep section) crazy chants and Coach Steve Adams’ booming voice, Imfeld loves playing his heart out and dedicating his time for his team.

Rebel Pride has certainly taken over, but Imfeld cannot point to one particular moment where he first felt the passion. “There’s not just one moment, it’s been an accumulation of stuff, like getting to know people and getting closer to the guys on the basketball team. My favorite experience has to be one of two things. I liked when we beat Mercer, that was fantastic, and Homecoming was pretty fun as well.”

Now with just a few more months left in his initial school year, Imfeld’s views on public schooling are opposite of those that he had once heard. He does not think it is ‘bad’ and neither are the people, as others implied.

As of now, Will plans to continue his education at Boyle County High School for his last two years before college. “I look forward to beating more teams like Mercer, succeeding in sports, and being a witness for my God.” Imfeld is an asset to the Boyle County family and his fellow Rebels are excited to have him.