New master plan for Millennium may be on hold for now 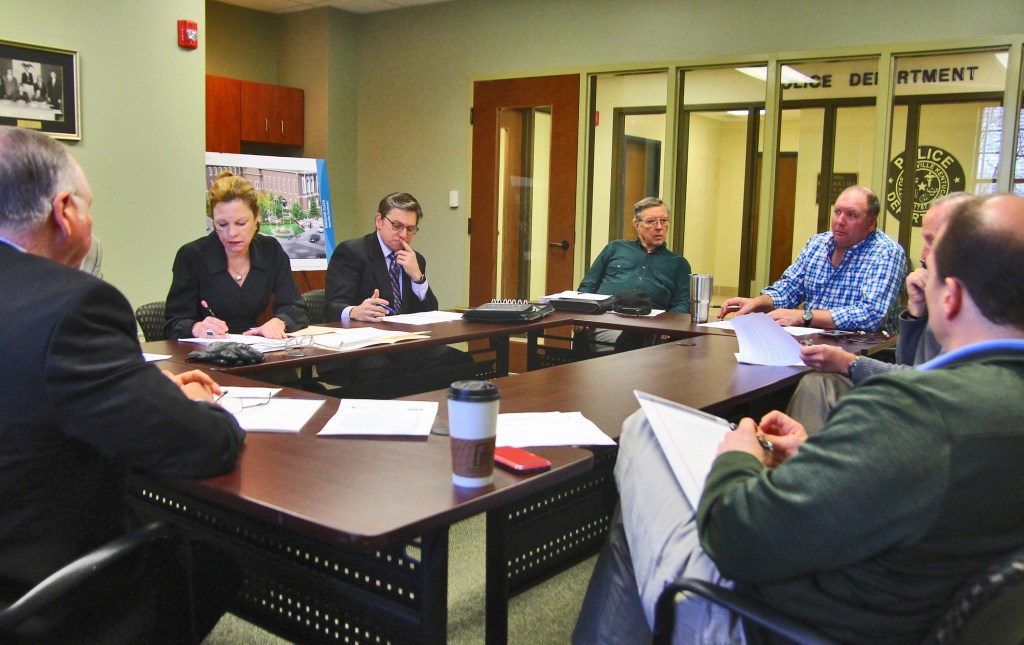 It’s been 20 years since Danville and Boyle County joined forces to create Millennium Park and the master plan for what the park could become.

Some city officials say now is the right time for a new master plan — one that would help ensure all parks, not just Millennium, are providing the services and activities that residents want well into the future.

But a $50,000 price tag on that idea has some in Boyle County government worried about budgeting for things Parks & Recreation already needs now.

All this and more was discussed in a 90-minute meeting of the joint city-county Parks & Recreation ad hoc committee Monday morning.

“The world has changed many times in the last 20 years,” Danville Mayor Mike Perros said. “… Is it not time for us to take a look at Millennium and say, ‘How have we developed as compared to how the master plan was designed 20 years ago?’”

Millennium Park is a “critical part to the economic fabric of this community” and it may be time to take stock of where the park is at, where it’s headed and what the community needs and wants from it, Perros said.

Danville City Manager Ron Scott said to that end, the city has been looking into the possibility of using architectural firm Brandstetter Carroll — which was involved in the original master plan as well — to create a new master plan.

Brandstetter Carroll’s price, which has been negotiated down from $77,500 to $50,000, is “not inexpensive” but “reasonable” for the services provided, Scott said.

If the city and county went in on the project together, the firm would help them “maximize the effectiveness of our dollars going forward,” so that money is spent specifically on things people want and will use in parks, Scott said.

Boyle County Magistrate Jack Hendricks and Judge-Executive Harold McKinney said they would need a lot of convincing that $50,000 is a wise expenditure on future planning, especially when no one has looked into having local people handle the planning instead and there are more urgent P&R costs that need to be addressed. 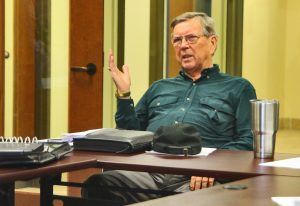 Ben Kleppinger/ben.kleppinger@amnews.com |
Boyle County Magistrate Jack Hendricks questions the need for a new master plan when there are other Parks and Recreation costs that have not been addressed.

“We’ve got a master plan that was made, as you say, 20 years ago. We still have people here in this community that were involved,” Hendricks said. “Why do we jump right off the cliff … and spend $50,000 to have someone from Lexington tell us what we need to do?”

“That $50,000 could be spent on improvements in Millennium Park,” he said.

Scott said hiring a consultant for parks is not unlike the county hiring consultants for the jail or drug treatment programs. Outside consultants can be very knowledgeable and guide the process in a way that’s beyond the abilities of locals, he said, adding that local people would still be involved in the work guided by Brandstetter Carroll.

“It’s not that we won’t be utilizing those local resources, it’s how we will be best aligning those with the advice of consultants who are very experienced,” Scott said.

McKinney later took issue with Scott’s comparison because the jail is a different animal from parks.

“There’s a big difference in the immediacy of the needs between a park and the jail,” McKinney said.

McKinney noted current requests from P&R staff for capital expenditures, including to replace a truck that many officials agree is no longer safe to drive. There are landscaping needs at Millennium Park that must be addressed to control pests and paving needs as well, he said.

“Until we think we’re caught up with those known needs I have to tell you, I just don’t see having to take on another study,” he said.

Ultimately, the committee reached a consensus that it would take a look at the current needs of P&R and develop a list of expenditures that should be addressed — potentially before a new master plan is pursued.

Such a list could take two years to complete if the city and county continue to allocate $100,000 every year for P&R, Hendricks guesstimated.

Asked where he stands on funding for immediate needs vs. a new master plan, P&R Director John Drake said “I’m on both sides of the fence.”

The original master plan “was truly money well spent” and the locals who were involved in the plan also worked extremely hard to make the park a success, he said. “Brandstetter Carroll — they are professionals and they have a huge professional knowledge about moving communities forward … they’re very good at what they do,” Drake said. “But I also realize that we have urgent needs.”

At Monday night’s Danville City Commission meeting, Commissioner Rick Serres, who also serves on the ad hoc committee, made a motion to table approval of the master plan project, citing hopefulness that members of the fiscal court might be more open to the idea than they had been in the past.

“I’m totally for this plan,” Serres said. “This morning, what I did sense … was a very large resistance for going forward and participating, but then it kind of changed when they said they wanted to make sure that we fix things that needed to be fixed and then we can go forward.”

Serres said “I’m going to go for the plan either way,” but would like to give the fiscal court the opportunity to say yes, “otherwise, we’ll just move forward.”

City Manager Scott said he first approached county officials several years ago about the need for a parks master plan but over the course of many meetings he has been unable to convince them of the value of the plan.

“I’m hopeful that despite my failing to get consensus from the fiscal court n the past two years, that the mayor and the city commission with this emphasis now on moving forward with this may get the attention required to help direct and move this in a progressive and timely way,” Scott said. “Waiting two more years, in my opinion, is a mistake.”

Mayor Perros, Serres and Terry were all in agreement that the city should move forward with the plan without the fiscal court if the court does not join the city in the effort soon. The commission voted to table the $50,000 proposal and to send Perros to a fiscal court meeting to discuss the matter with all the members of the court.

City Engineer Earl Coffey told commissioners there are some aspects of the plan that involve internal work, such as conducting surveys. He said he would like to move forward with those aspects of the plan, which fall outside the scope of the $50,000 that would be paid to Brandstetter Carroll, and the commission did not voice disapproval.