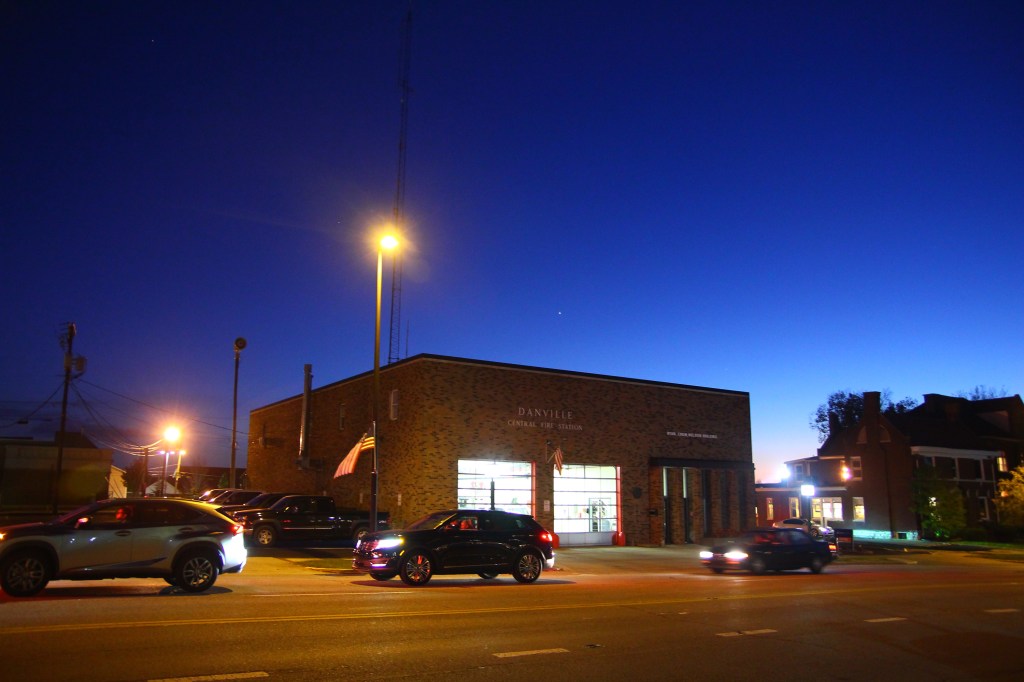 Danville will pay $27,400 to determine what should be done about its downtown fire station.

City commissioners approved Monday a contract with the Bravura Corporation to conduct an initial assessment of the Main Street fire station’s condition.

The “preliminary services” provided by Bravura “are conceptual in nature” and “not intended to provide detailed planning or design information,” according to the contract.

“The initial phase, which is outlined, is $27,400 to establish a proposed plan for the … downtown station and then it provides for a transition into design,” City Engineer Earl Coffey said.

According to Bravura’s proposal, employees have already visited the fire station and met with Danville officials about the station’s condition.

“We understand the city was faced with three choices,” Bravura wrote in the proposal:

• “expand to create a third apparatus bay and remodel the existing station accordingly;” or

• “demolish the station completely and rebuild a new station on the existing site or the adjacent site.”

“Our design ream will meet directly with department staff and other stakeholders to learn more about the specific program and space requirements and decide, for instance, which existing areas are inadequate and outdated, or oversized and inefficient,” Bravura wrote.

• $4,000 for “stakeholder input and facility programming;”

• $7,300 for final recommendations and deliverables.

Commissioner Denise Terry said the need to do something about the fire station is great — it’s “one of those capital projects that we cannot delay much if any longer.”

Danville water plant project could be done in April