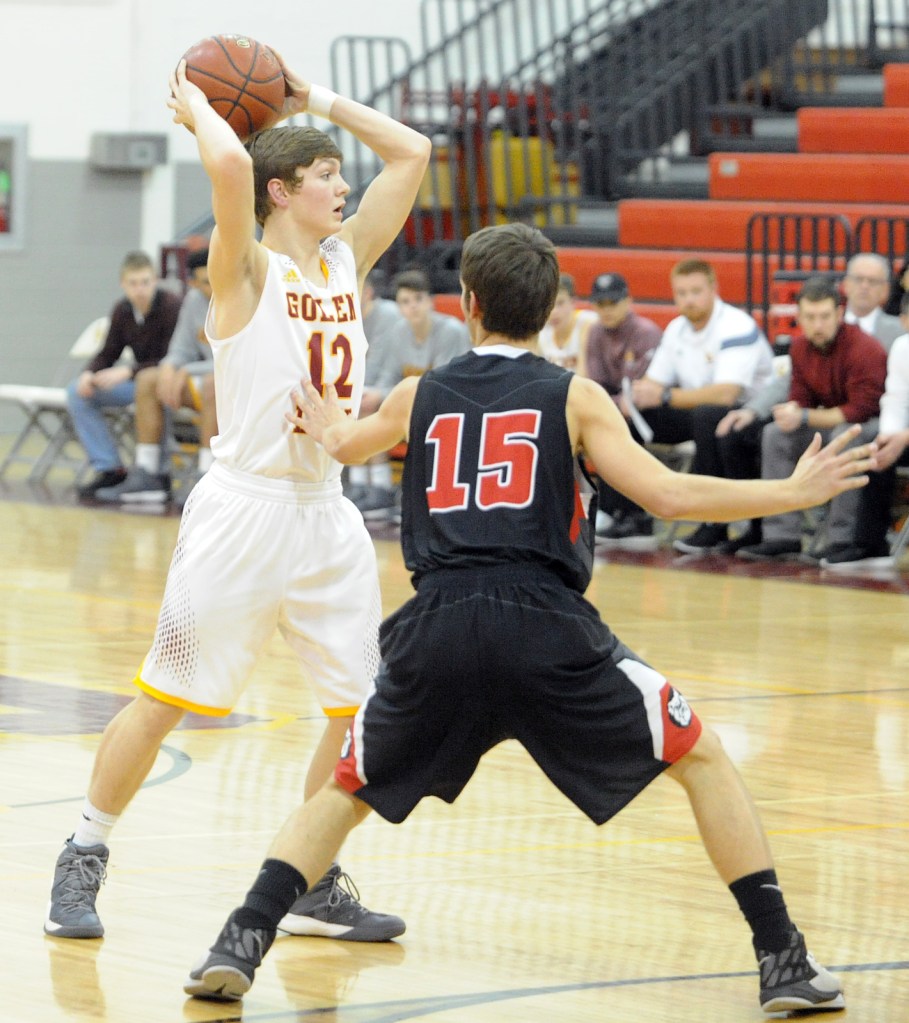 The pair had different paths to their senior basketball seasons, but after a 78-39 victory against Burgin, they are leading a motivated Garrard team into the postseason.

“I didn’t get to play last year, took a year off,” Pingleton said. “I came back for my senior year and just to be able to play one last time on this floor and get a win is just a great feeling.”

Pingleton might be more well-known on the baseball diamond, but Dailey has made his mark on the court throughout his high-school career.

Coach Ryan Young said both players have helped make his transition to head coach an easier one.

“What can I say about those two guys,” Young said. “As a first year coach, I’ve been in this program multiple years as an assistant so I’ve known these two beforehand, but they’re just great leaders, great student-athletes, and they’ve really helped me turn the direction of this program with their work ethic and their leadership, buying into our culture and our values.”

Dailey dominated in the first half against Burgin, scoring 12 of his 16 points in the first two quarters. Braden Sebastian scored 17 points and Garrett Wesley, in for the injured Trevor Jones, led the team with 22 points.

“Garrett works really hard in practice so we decided to go with him tonight for his energy and his effort,” Young said. “He’s earned those minutes in practice. Trevor (Jones) is a little banged up right now so we’re being cautious with him.”

Young said he told both of his seniors what his college experience was like under multiple coaches.

“I really think they bought into what we’re trying to do with this program and one day, we’ll look back when we turn this program into what we want it to be, and they’re going to be big reasons why, for laying a great foundation,” Young said. “I’m super proud of them and I’m glad they can go out on their home floor with a high note tonight.”

Although the win over Burgin was a positive for the Golden Lions, Dailey was quick to point out that there’s still a lot left on the table this season.

Pingleton said it was something Young made clear from day one: They would challenge for the 45th District title.

“At the start of the season, coach Young told us, ‘We will be 45th District champs,’” Pingleton said. “That’s been our mindset ever since we came into this. You can see on the banner, the last time we won was 2004, and just us being our senior year, that’s been our mindset, we want to put 2017 up on that banner this year.”

For that to happen, the Golden Lions will have a tough task, needing to beat Kentucky School for the Deaf in the first round then Lincoln County in the semifinals, then either Boyle County or Danville in the final.

“We’ve got to play hard and get our defense going,” Dailey said. “Defense is our key, we’ve just got to play solid defense and the offense will follow.”