Looking to end the streak: Area hasn’t had wrestling state champ since 1994 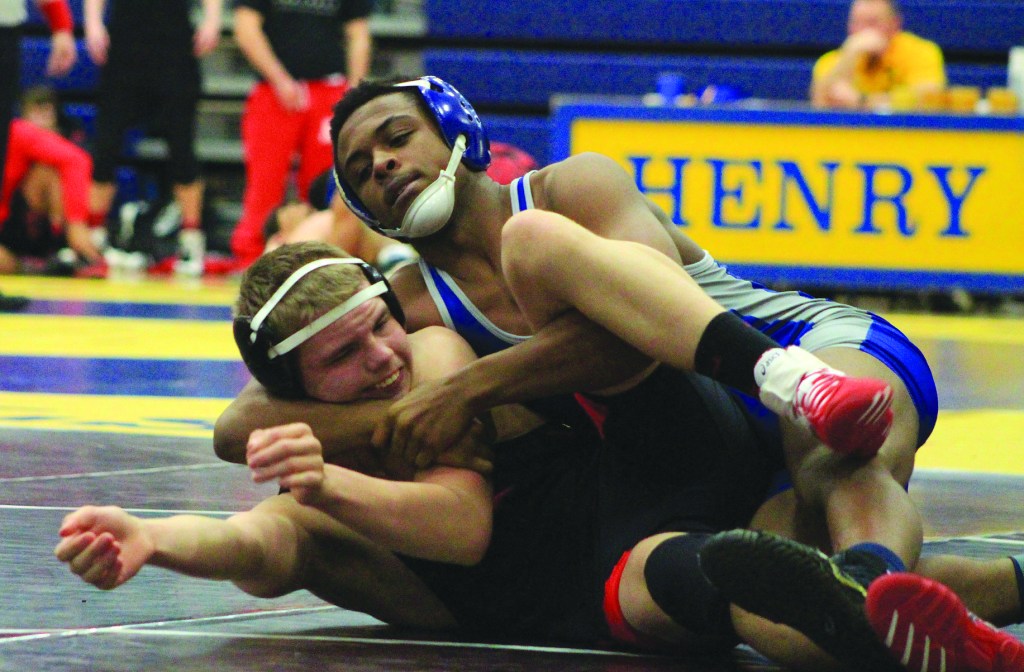 This year is the 23rd anniversary of the last time a wrestler from the Danville area won an individual wrestling state championship. That’s a long time for an area accustomed to winning state titles in every and all sports.

Could that streak be coming to an end?

Danville’s Don Harris leads a contingent of nine wrestlers from the area heading to the KHSAA State Tournament, Friday and Saturday at Alltech Arena in Lexington. Harris is coming off an individual region title at the 182-pound weight class last weekend.

Admirals coach Joey Sallee knew Harris could win the region title, and if he wrestles like that again this weekend, a top-eight finish could be in the cards.

“We expect that to happen, but there is no pressure for it to happen,” Sallee said. “He is a quiet, tough kid. People know him from playing football, but he is a talented wrestler as well.”

For coach Sallee, his message to his kids is simple.

“Wrestle each match like it’s your last one,” he said. “We have nothing to lose. We tell them all to have fun and enjoy the experience every Saturday. That won’t be any different this week. They work too hard and sacrifice too much not to go out and enjoy what they do during competition. I don’t think I emphasized that enough the first couple of years.”

“I would like to see us get to the medal rounds,” Boyle coach Joedy Burke said. “I want some wins to make it to the blood round at the least. In order to be good at wrestling to make top eight in the state, you have to be intense with practice. The sport itself is anaerobic and individual. If you’re out of gas in the third period, you know you cheated yourself.”

Burke is the last area wrestler to win state in 1994 as a student at Danville. The closest the area has been since then was one of Burke’s proteges, Brandon Devins, who finished runner-up at 170 two years ago. 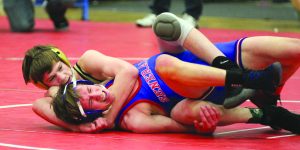 Lynn Witmer/For The Advocate-Messenger
Boyle County’s Jacob Robbins is one of four Rebels wrestlers to compete at this weekend’s KHSAA state tournament in Lexington. 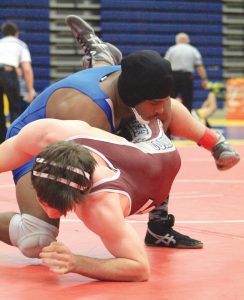 Don’t let the lack of state titles say the area doesn’t produce good wrestlers. There are a contingent who constantly move on to college programs. But even that doesn’t help the coaches from hearing from the naysayers.

As Sallee said, it takes more than one good year to produce a state-champion wrestler.

“I think we do a good job at looking at the end product,” Sallee said. “I have had people criticize my staff and I because we don’t win with kids when they are young. We live in a society where everyone wants instant gratification. That doesn’t happen often in this sport. You pay your dues, and if you aren’t willing to pay you usually hang it up. … It isn’t for everyone. If kids stick with it, wrestle some in the spring and summer, and believe in the long-term goal, they usually find that they have some success.” 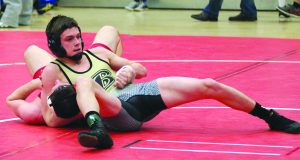 Lynn Witmer/For The Advocate-Messenger
Boyle County’s Hayden Shepherd is among four Rebels wrestlers who will compete at this weekend’s KHSAA state tournament at Alltech Arena in Lexington.

And if the streak is to be broken this year, chances are it will fall to a first-time participant — only Morgan Sallee, Welch and Witmer have been in the state bracket before.

With the size and spectacle of state wrestling, coach Sallee has seen the first-timer freeze up many times.

“AllTech Arena is huge — eight mats, big crowd, lots of noise,” he said. “We tell them to focus on one mat, wrestle on one mat, worry about one mat. Nothing else matters. Easier said than done, but it’s good advice.”

Burke said he’s trying to schedule tournaments throughout the regular season to simulate the experience of wrestling on the big stage, but that can only go so far.

“There is no substitute for experience in wrestling,” Burke said. “This is state, you’re facing the best individuals from each school in Kentucky. … You can’t overlook any opponent, no bracket planning as I like to call it. Just get ready to wrestle who’s next because he is the only man that matters.”

Then again, it could be an experienced guy who makes it to the top of the podium and ends the area’s title drought. Morgan Sallee has the pedigree and training to do it, with experience wrestling in national tournament throughout the year.

But once Welch came back, Sallee wasn’t surprised to see him advance to state.

“He isn’t the typical heavyweight. He can do things most kids his size can’t do,” Sallee said. “It  was a big confidence booster for him to get back to the state tournament. Any time you have an injury you are a little hesitant about returning. I think it’s always in the back of your mind that you could be reinjured. Jonah is working his way past that. If he goes out and wrestles his match, there is no reason he can’t be on the podium Saturday night.”