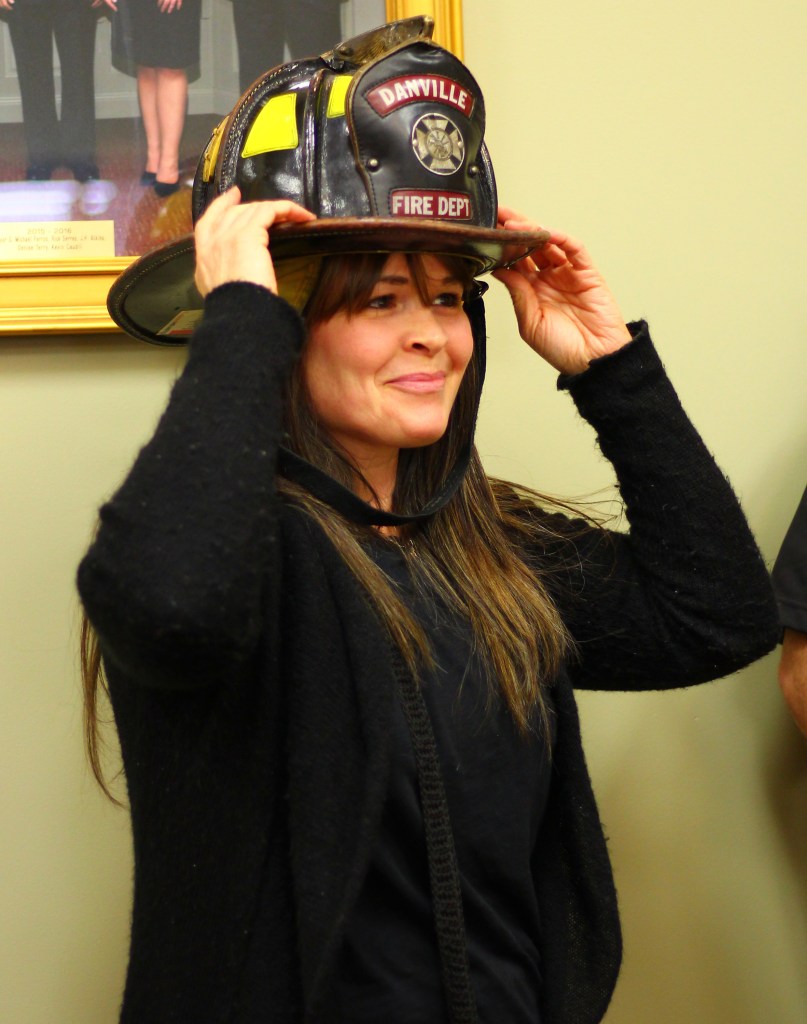 Ben Kleppinger/ben.kleppinger@amnews.com | Melissa Sheene puts on her firefighter helmet during a recognition of her retirement after 20 years on the Danville Fire Department Monday.

After 20 years with the Danville Fire Department, Melissa Sheene is leaving — but she’s taking her helmet with her.

Sheene was honored this week by many Danville Fire Department members and the Danville City Commission for her time spent serving the city.

Assistant Fire Chief Tim Brumfield presented Sheene with a bracelet representing “the thin red line” and her firefighter helmet at a sendoff before the Danville City Commission.

“She is retiring after 20 years of service. In those 20 years, just figuring up the averages … she has (helped on) over 6,000 calls,” Brumfield said. “That’s a lot to give a community. Many of those times, you’re placing your own safety and taking a risk and putting your own life on the line.”

Sheene “doesn’t care much for the limelight,” but did provide a letter of thanks to Danville upon her retirement on Feb. 13, Brumfield said.

“It has been an honor to serve the City of Danville and it’s citizens for the past 24 years. I am especially proud to be able to say I have been a part of the Danville Fire Department,” Sheene wrote. “I have had the most rewarding career a person could ever wish for and have worked alongside the most selfless and honorable group of people.”

“We thank you for your dedication and loyalty,” he said. “Honoring somebody of your service and dedication — we would be so lucky to have this opportunity more frequently.”