Walker locks in for Admirals: Danville senior excelling on defense 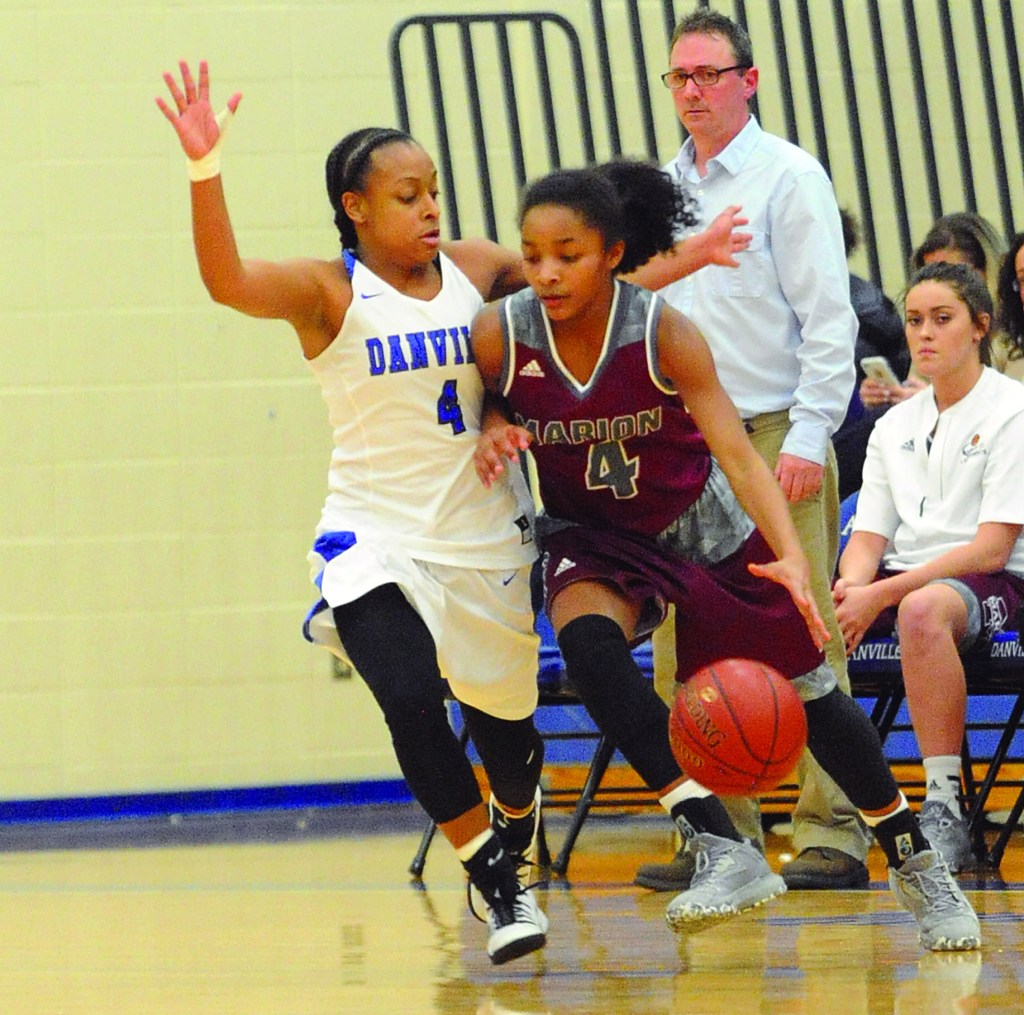 Everyone knew Danville girls basketball could score points. Over the previous five seasons, the Admirals ended the season averaging less than 60 points per game only twice.

With scoring machines Ivy Turner and Alyvia Walker back, there was no doubt that would continue this year, and so far, that points-per-game number is north of 58.

But as coach Michael Menifee mulled over his team taking the next step — from simply a good team to a championship team — he realized they had to concentrate on aspects where they maybe weren’t quite as accomplished.

That’s where Zenoviah Walker’s contribution has shined brightest. The senior guard is the Ads’ lockdown defender, routinely taking on the opposing team’s best player, a list that spans names such as Seygan Robins, Emmie Harris and Emma King, all Division I college recruits.

Menifee makes no bones about the impact Walker has had on the Ads season. They enter their final game of the season 18-7 overall, and maybe more importantly, they finished 6-0 in the 45th District to claim the top seed in next week’s tournament.

“It’s been invaluable over this stretch that we’ve been on,” Menifee said of Walker’s defense. “I tell her that they may score or whatever and she gets a little antsy about it, but she has that ‘it’ thing, that pit mentality, that ‘I don’t want to let this girl score and I’m going to make a play to do something where she’s totally uncomfortable.’

“It changes the momentum and keeps our momentum going, gets us out in transition and those spurts we have in the game.”

While Walker might not shut out her player, she makes life uncomfortable for them. As Menifee said after the Ads beat Boyle County for the second time this season, you’re not going to stop a player like Harris, the all-time leading scorer in Rebels history, but you can take her out of her comfort zone.

In four total meetings with Boyle and Lincoln County this year, King and Harris averaged 18 points per game, but they shot 37 percent from the floor (19-of-51) and 33 percent from 3-point range (7-of-21).

“I just try to focus on what they do best and stop it,” Walker said. “I just try play them to the best of my abilities.”

It’s not just been Walker who has stepped up into her role for this team, though. Menifee rattles off his list of players who have contributed in myriad ways, from Kennedy Walker to Dora Swann and Kirby Alcorn.

“As a coach, I said, ‘Let’s start looking at things, let’s really get people locked in on things they’re really well at,’” Menifee said.

“We’re getting a little more balanced, and those three (Zenoviah Walker, Alyvia Walker and Turner) really don’t care. Right now, our whole goal is to be the best Danville basketball team we can be, and if that means this person does it or that person does it, that’s fine with us.”

It’s not as though Walker is unskilled on the offensive end, though. She’s third on the team with 10.1 points per game, and despite being one of the shorter players on the court, she’s still pulling down four rebounds per game.

So she admitted it can be difficult to put her offensive goals and aspirations aside for the better of the team.

“My defense creates my offense, but, yeah, it can be frustrating,” Walker said.

Menifee said, “They’re all bought in. They want to win, and that’s their mentality. … They all take it in stride and do what this team needs to do to win the basketball game.”

For Walker, it’s easy to make sacrifices for this team, which she calls, “a big, happy family.”

“We are very goofy and outgoing,” Walker said. “Whenever you see us, we’re probably laughing. We’re just a big family.”

And just like a family, everyone has their role to fill.

Looking to end the streak: Area hasn’t had wrestling…