John Henly Sanders, 71, of Greenville, S.C., formerly of Danville and Lawrenceburg, Ky., died February 11, 2017 from complications of a fall. Born November 26, 1945, in Louisville to Dr. William H. and Mary Elizabeth Langan Sanders, he was the Vice President of Sales for Cutting Tools Inc. for 38 years. 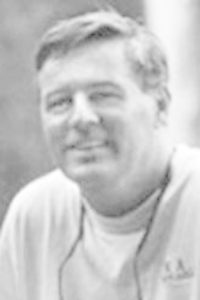 He graduated from Danville High School in 1964 where he was a member of the 1962 State Football Championship team. He went to Murray State University with a full football scholarship and transferred to the University of Kentucky, where he earned his BS degree.

John and Ginger were married for 23 years. He was also an avid hunter, fisherman and outdoorsman.

After being diagnosed with Alzheimer’s in 2012, he moved to Greenville S.C. for treatment.

In addition to his parents, he was preceded in death by his brother, Billy Sanders, and sister, Beth Sanders.

A Celebration of Life service will be held 11 a.m., Monday, February 20, 2017 at Centenary United Methodist Church in Danville. Visitation will be 4-7 p.m. Sunday, February 19, 2017 at Stith Funeral Home, Danville. The online guestbook is available at www.stithfuneralhome.net.