Lois Irene Preston, 88, passed away Wednesday Feb. 15, 2017. She was born in Mercer County on March 27, 1928 to George Lee and Evelena Davis Dean, Sr. and was the wife of the late William Bradley Preston, Sr. 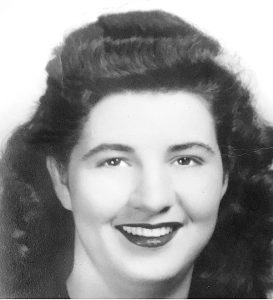 Lois graduated from Parksville High School; she was a telephone operator for Bellsouth and a longtime member of Mitchellsburg Baptist Church where she taught children’s Sunday school for many years. She enjoyed spending time with her grandchildren and great-grandchildren, being outdoors and watching UK basketball.

In addition to her parents and husband she was preceded in death by a daughter Yvonne Louise Preston, a son William Bradley Preston, Jr., three brothers and five sisters.

The funeral service will be 2 p.m., Saturday, Feb. 18, 2017 at Mitchellsburg Baptist Church with burial to follow in Hillcrest Cemetery in Perryville. Visitation will begin at 11 a.m., Saturday at the church.

Pallbearers will be Steven and Chris Hume, Alex, Seth, and Noah Austin, and Travis Dean.