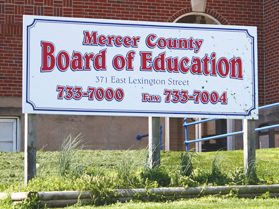 Students on a Mercer County bus had a scare Friday afternoon, when “a projectile” from outside of the bus, hit a window, according to a press release posted on the website of the Mercer County Schools.

“The transportation department immediately contacted law enforcement and then the superintendent,” the release states.

No students were injured, according to the district’s release. Students were transported home on a different bus, and were joined by school administrators, who informed the families about the incident.

Parents and students are urged to report any information to authorities.

“This is an active police investigation and if you or your child has any information regarding this incident, the Harrodsburg-Mercer County Crime Stoppers is offering up to $1,000 reward for information leading to the arrest and conviction of the person(s) responsible. Anyone with information is asked to call Crime Stoppers at (859) 733-9115 or the Harrodsburg Police Department at (859) 734-3311. Information may also be reported anonymously on the S.T.O.P. tipline on the district website, www.mercer.kyschools.us.”

Counselors will be at the school on Tuesday, to speak to students if needed. There is no school on Monday due to the Presidents Day holiday.

Multiple calls to the Harrodsburg Police Department were unreturned.

Seeing it from all sides: Physicians, attorneys provide ‘variety…