He is survived by his loving wife, Sonja. Vernon was born April 7, 1944 in Rockcastle County, Ky. to the late Ezra and Mable Benge Helton. 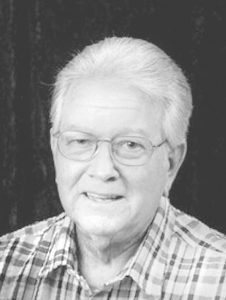 Funeral services will be 11 a.m. Saturday, Feb. 18, 2017 at Forks of Dix River Church with Bro. Jerry Browning, Bro. Cole Caven, and Bro. Bill Rhodus officiating. Visitation will be 5-9 p.m. Friday at Spurlin Funeral Home. Burial will be in Lancaster Cemetery.

In lieu of flowers, donations can be made to the Los Brazos de Dios Mission in El Salvador through the Forks of Dix River Baptist Church.