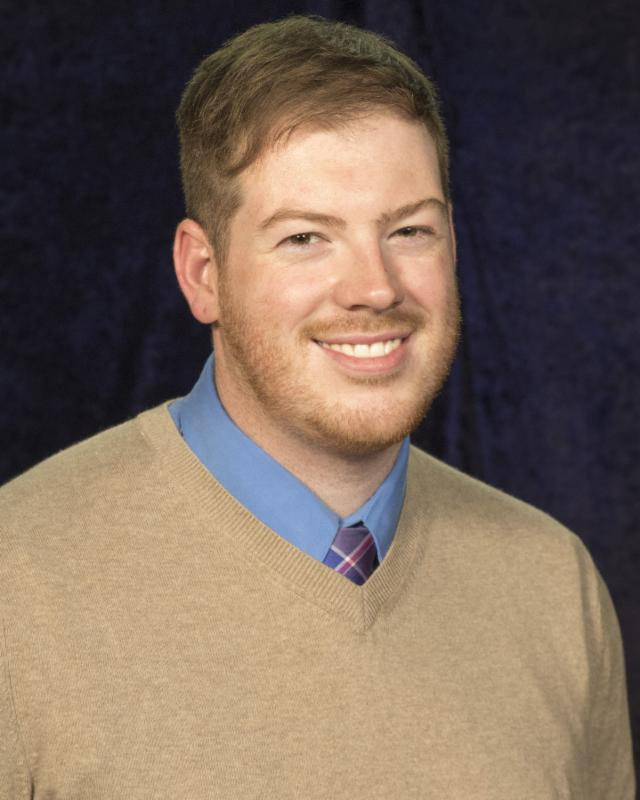 For four years, Nick Wade has been working with the Heart of Danville — first as a volunteer, then as project manager, then as interim director following the departure of Bethany Rogers in September.
Now, Wade is officially heading up the Main Street program as its executive director. The Heart of Danville’s board made his interim position permanent this month.
“As I got involved and when I got the (project manager) job, I really developed a love of the Main Street program and the work that we do,” Wade said. “It’s definitely a bug that has bitten me and I’m really excited for the position of director and really continuing to make Danville a great community to live in and to visit.”
Wade is a Danville native who graduated from Boyle County High School in 2008. He holds a bachelor’s degree in public relations and a master’s degree in student personnel services in higher education, both from Eastern Kentucky University.
Wade worked for a public relations firm in Nashville before beginning to volunteer with the Heart of Danville in 2013, according to information from the Main Street program. He was named project manager about one year ago, in February 2016, and then interim director in October.
As project manager, Wade coordinated all Heart of Danville events, oversaw the program’s annual membership drive and handled public relations, according to the Heart of Danville.
“Throughout 2016, Wade aided the Heart of Danville in planning several key community events, including the Great American Brass Band Festival and the Kentucky State BBQ Festival,” a news release from the Heart of Danville reads. “He also contributed to revamping the organization’s marketing and communications efforts.”
Rogers, the previous director, spent four years with the Heart of Danville. She left to work as director of real estate for NewTown Macon in Macon, Georgia.
Wade said Rogers had served as a preservationist for Danville — a required position to have available in order to maintain the city’s “certified local government” designation that makes it eligible for additional sources of grant funding.
Wade will not be taking over Rogers’ preservationist duties, but others with the Architectural Heritage Review Board will now handle them, Wade said.
“We all work together to preserve the buildings but they are the ones that will really oversee any of the National Register nominations, things like that,” he said.
Wade said he has some thoughts on big things he’d like to do as director, but he can’t talk about them publicly yet.
“I have a lot of ideas but all of it has to get approved by the board,” he said.
Right now, the Heart of Danville is in the middle of preparing 2017 work plans for it’s four committees — on preservation, organization, promotion and economic vitality, Wade said.
Plans might include having the economic vitality committee explore improvements to business incentives, or having the preservation committee examine how sidewalks and walkability of the downtown space could be improved, for example, he said.
Those committee plans could be finalized next week by the board.
“During Nick’s time at the Heart of Danville, he has impressed me, the board and the community with his drive, his passion for Main Street and our entire community,” board Chair Valery McMann stated in a news release. “We look forward to seeing the growth of our organization under his continued leadership.”