Jesse Thomas “J.T.” Rice, age 85, of the Highland Community in Lincoln County, passed away Thursday, February 16, 2017 at Danville Centre for Health & Rehab. Born Tuesday, July 14, 1931 in Lincoln County, he was the son of the late Leonard and Maggie Carrier Rice. 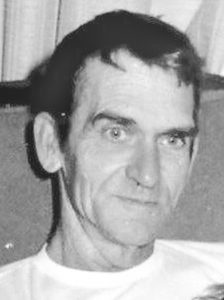 His loving wife, whom he married April 12, 1958, is Aleen Roberts Rice. J.T. was a U.S. Army veteran, who served in the Korean Conflict. After his military service, he worked at Bluegrass Printing in Danville and Ceramichrome. In 1983, he began his own truck driving business.

In addition to his parents, he was preceded in death by one daughter, Debbie Wilbanks; one son, Leonard Rice; and one sister, Ruby Blanton. A funeral service will be held 12:30 p.m. Wednesday, February 22, 2017 at Fox & Friend Funeral Home with Bro. Darrell Hahn officiating the service. Burial will follow in Camp Nelson National Cemetery with Full Military Honors performed by Caswell-Saufley Post #18 of the American Legion.