Exhibit preview: Gathering Artists’ origin, what came out of it 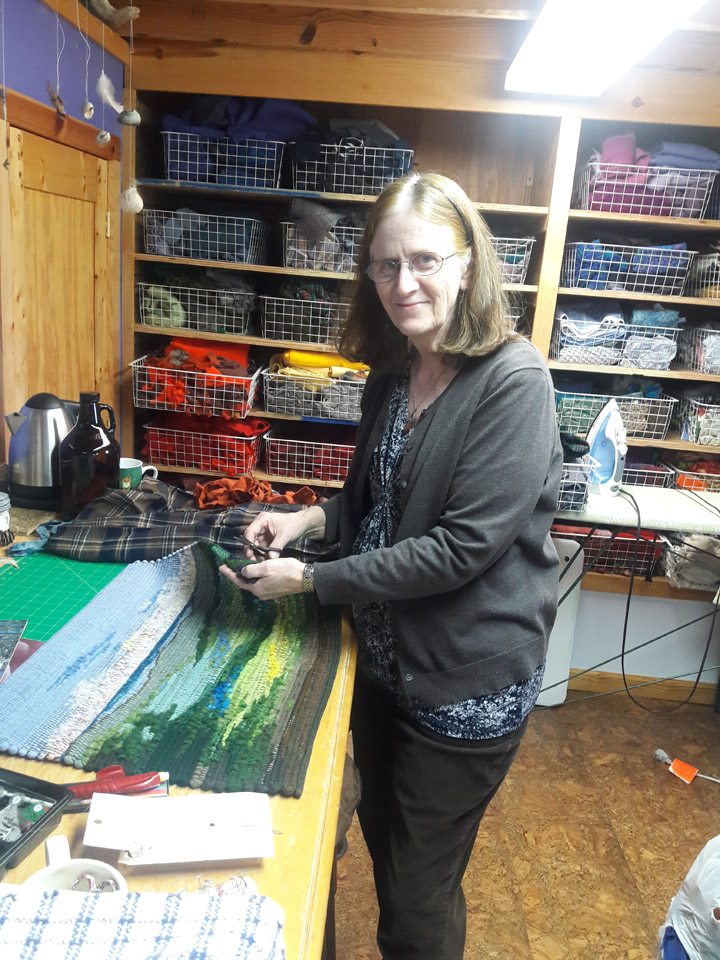 Story and photos by MIMI BECKER

You never know what you can do until you try. When you do try you don’t always know where and how far the road will take you.

In the fall of 1995, three local artists met up at a garage sale and began a conversation that has had lasting impact on the arts and our community. What if there would be an opportunity for artists to gather, share work and explore new mediums, all in a supportive, inspirational atmosphere?

The three women, Wilma Brown, Fox Hutt and Madelyn Worley took the idea to the next step and put together a mailing list of artists. Mack Jackson offered the use of a renovated tenant house on his farm for a gathering space and notices were sent out.

On Saturday, Oct. 14, 1995 at 10 a.m., the four artists sat at the house, waiting. What if no one came? As I interviewed one of the women for this story, she became emotional recounting those anxious moments.

They needn’t have worried. That first meeting brought over 30 artists of every age, experience level and artistic interest together and the rest is history.

It was several months before the group settled on a name; one which seems entirely appropriate —The Gathering Artists. The rules were laid out that there were no rules. There were to be no dues and no structure. Decisions were made by consensus and necessary jobs, such as communications and eventually exhibit planning, were shared and rotated by volunteering. There were no elected officers; a member would serve as facilitator.

Jackson’s farm house served as the home base for the group. But, as word spread, the group was offered meeting space from Steven King at his studio on Church Street, Sheldon Tapley at his studio at Centre College, A. Jack May’s home studio and the Forkland Community Center among others.

In the spring of 1996, the Gathering Artists were presented with a proposal by then Mayor John Bowling to have artists set up in Weisiger Square one Saturday a month to exhibit their work and paint “live.”

Art a la Carte was born. Beginning in April, any artist interested in participating gathered in Weisiger Park on the fourth Saturday at 9 a.m. to paint or exhibit other works of art. May was one of the organizers of the first event at which painters, a photographer and glass and metal workers were expected to participate.

The public was encouraged to mingle and interact with the working artists. There were no fees for participation and no charges for admission. If the weather was bad, the event was cancelled. Promotion of the event was by word of mouth and return visitors. The group asked for no funding.

It’s hard to imagine there was a time when successful communications were managed any way but electronically. The Gathering Artists developed a mailing list the old fashioned way. If members wanted to receive written notices of meetings and events, they brought 12 stamped, self-addressed envelopes to the meetings and volunteers would stuff the envelopes with notices prior to the next meeting.

The artists naturally began discussing some ideas for the growth of the arts in Boyle County. One was to develop opportunities for exhibiting work with the option of sales. The first show and sale was held Oct. 5-6, 1996 on Merchant’s Row in Perryville. It was decided that no commissions would be charged on sales of work. Exhibit spaces were offered at Grayson’s Tavern, the McDowell Wellness Center, Farmer’s Bank and the Boyle County Public Library. Dr. Tom Baeker’s Commonwealth Hematology and Oncology Clinic became an active supporter, providing space for rotating exhibits and sponsoring opening receptions.

By the fall of 1998, discussions began recognizing the need for an organization which would provide a structure through which the work of promoting arts and artists would be accomplished. Thus the Arts Commission of Danville/Boyle County was established in November 1998. The Arts Commission would become the organizational structure needed to encourage and sustain the “business” of the arts, while allowing the artists to be the creators.

The initial Board of the Arts Commission included artists and community leaders who were all dedicated to the mission that the spirit of the arts and the business of the arts were equally valuable and necessary components of a vibrant community.

Within a few years, many of those same visionaries took the leap of faith to establish the Community Arts Center in the old Federal Building on the corner of Fourth and Main. The Arts Center offers a variety of programming to expand the opportunities for arts education.

As the arts continue to flourish in Boyle County, that fall day in 1995 turned out to be more than a day in the woods to share art among friends. The group grew in its original purpose and fostered the development of many other opportunities to bring Danville and Boyle County along the road to artistic growth.

Mimi Becker is the executive director of the Arts Commission of Danville/Boyle County.

In celebration of Black History Month and the Pieceable Friends Quilt Exhibit, the Arts Commission of Danville/Boyle County will present Gallery Talk: The Civil War and Underground Railroad Quilts — History or Mystery, 6-7:30 p.m. Thursday at McKinney Conference Center in Constitution Square. The event is free and open to the public.