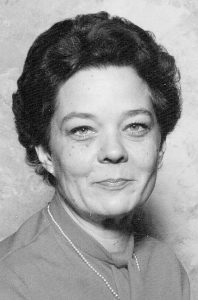 She had worked in the food preparation business for over 20 years.