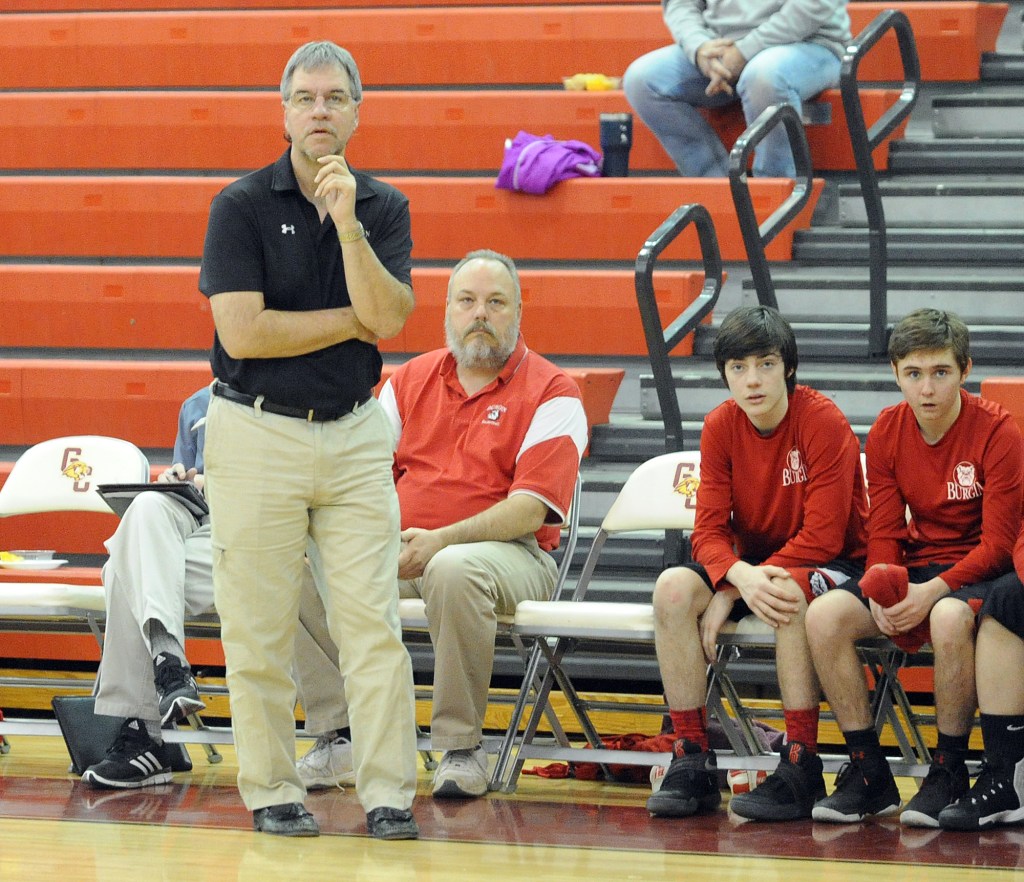 Thank you for a forum that gives me the opportunity to tout my love for coaching at a small school in Kentucky.

I grew up and played for a much larger school in the 1970s at Pulaski County, which built the biggest high school gym in Kentucky at that time while I was there. But I always felt a compassion for my friends who played as underdogs at gyms which resembled barns like Nancy, Eubank, Shopville, McKinney, Hustonville and so many others.

The uniqueness of their intimate K-12 situation and the elation they got from upsetting larger opponents always appealed to me, unlike the major disappointments of falling just short of regional and district titles my school sometimes produced.

The bulk of my 36 year coaching career has been spent at two of the smallest public schools in the state at Augusta and Burgin, but the dreams are still the same — we desire to win every game, as well as advance to the state tournament, just like our larger competitors. However, we deal in realism and know this would be a major achievement for us, so we play for the sheer love of the game and of competition.

I am a storyteller, so I would like to share my views of coaching at small schools through snapshots — blurbs of things that make this journey special to me.

I was the youngest high school head coach in the state in 1984. My first set of interview questions were, “Do you smoke dope, drink to excess, or run around with married women?” When my reply was emphatically “No,” the job was offered immediately. I had found this opening looking at power ratings of the worst teams in the state, and the team I inherited had lost 51 straight games. I learned very quickly that every win was to be savored. We won seven that year and enjoyed each one.

Over the years, we have dressed in classrooms, weight rooms, lunch rooms, computer rooms, bathrooms, and even one locker room in a building across the street and had to walk to the gym, as well as large arenas and tin buildings.

I have seen a game lost where the inbounds pass hit a water pipe around the wall in Mt. Vernon, where the fans goaltended a ball with a broom from a balcony in Florence, and watched a player slip on mashed potatoes left on a gym/lunchroom floor and then have a table crash on him in Russell Springs.

I had a teammate get scalded when he dove on stage at Eubank and the popcorn machine that was sitting on chairs overturned on him. We lost a game at Western Anderson where the score table was many feet up in the air in the corner of the gym and the scorekeeper wouldn’t acknowledge my best player and check him into the game. One of my teams had to sit in a school bus in our uniforms in February while a gym was evacuated due to a fire.

I have seen the largest, loudest pep band ever at Western Hills, a soothing jazz band at Louisville Brown, a  three-clarinet pep section at Louisville Walden, one non-stop pounding drum at Kentucky School for the Deaf during their heydays, seen a student throw his trumpet down on the bleachers, breaking it, during a solo national anthem and storm off cursing because people were laughing at his rendition, and heard Burgin’s band play “Smoke on the Water” every home game since 1984.

My teams have eaten at every known Kentucky restaurant on road trips, have been in every county in the state (playing in most of them), rode countless miles on busses to remote areas, and yet I felt this prepared us to do things such as upset our Mercer County neighbors in their first game in their new gym a few years ago.

In my career, I have coached the Augusta and Burgin girls as well as boys, at the same time, that being unique in itself, and truly enjoyed the experiences. My journeys have taken me to coach in everything from the once-prestigious Owensboro invitational boys tournament in front of 6,000 people on the day after Christmas in 1992 to coaching a girls team in front of 10 people — including the bus driver — at Bellevue High School exactly one year later, thinking, “What a difference a year makes.”

The times I am describing, though, that were spent with these athletes and coaches are invaluable to me and what has made my life satisfying. I have attended assistant coaches and players funerals, weddings, and baptisms. I have met their families and not only coached players, but also their kids, and now their grandkids are almost of age.

Both of my sons played ball for me at Burgin and I am so happy they did, and now they are both working with teams as a career.

Someone once criticized me and my beliefs because we were always against seeding tournaments and not wishing to play our larger neighbors two times a year, stating that coaches like me and teams like us were “destroying the fabric of high school basketball.” I believe teams like Burgin are the fabric of high school basketball. It’s an experience, an emotion, a special occurrence that is to be savored in today’s larger, impersonal, cookie-cutter world.

I wouldn’t have had my career to have gone any other way. I love my school, our students and our past and present players, and I hope they all share some of my passion in my beliefs that although small school basketball teams are not for everyone, they are special for the ones who play there.

Irvine is in his second year back coaching the Burgin boys basketball team, leading them to a 14-14 record this season after going 15-14 the previous year. The Bulldogs face Mercer County at 6 p.m. today in the 46th District tournament at East Jessamine.