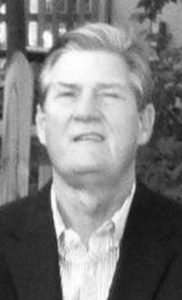 He was self-employed and was a terminal manager of several trucking companies. He was a member of Lexington Avenue Baptist Church and a 1975 graduate of Boyle County High School.

He played baseball for Cumberland College, TN and the University of South Alabama and graduated from Eastern Kentucky University in 1981. He was inducted in the BCHS Athletic Hall of Fame and was the MVP of the 1974 – 1975 football team. He held state records for baseball including “most stolen bases”.

He loved his family, friends and community above all.

In addition to his parents, he was preceded in death by his brother, Paul Orberson.

Visitation will be Wednesday from 5 to 8 p.m. at Lexington Avenue Baptist Church. Interment will be in Buffalo Springs Cemetery.

The family suggests memorial donations to the LABC Building Fund or the Boyle Co. High School Baseball Program. An online guestbook is available at www.stithfuneralhome.net.