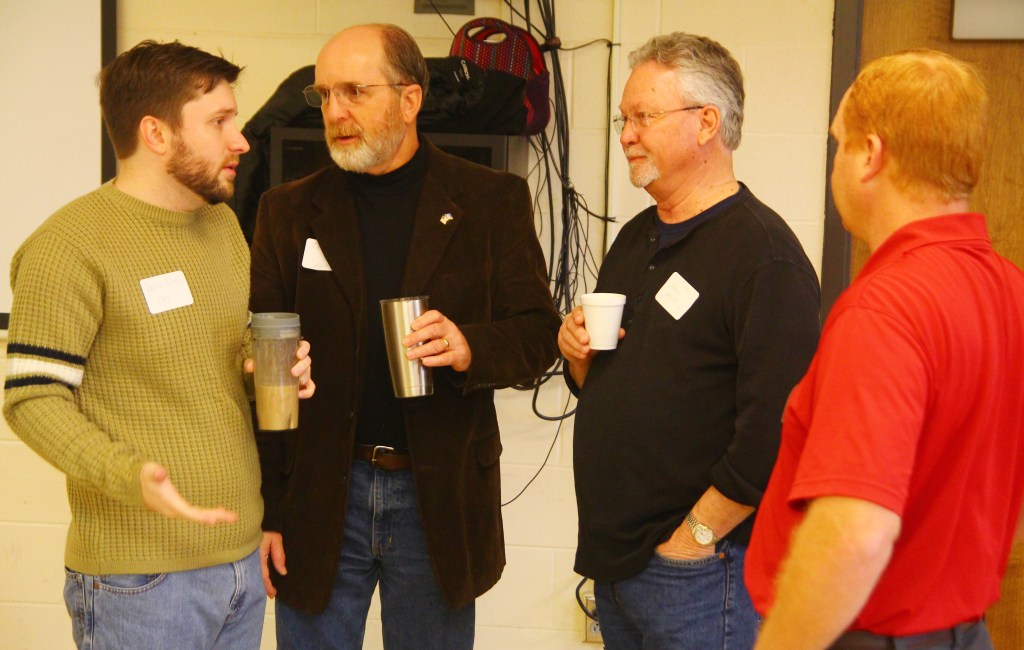 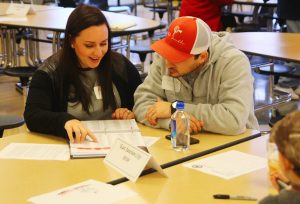 Alex and Paden Tye review a precinct book of names prior to Saturday’s election.

Rather than casting ballots for different candidates, each precinct was in charge of choosing its own captain and co-captain, and then the precincts worked together to choose the county-wide leaders, party Chair Tom Tye said.

It had been five years since the party last held precinct elections. Holding it this year has allowed the party to get back on a rotation where elections are held every four years, in the year following the U.S. presidential election, Tye said.
Tye was re-elected as party chairman; as was vice-chair Tom Ellis. Treasurer Tim Montgomery, a local certified public accountant, was re-elected as well.
Stephen Knight, a businessman who works with Cool Jazz Web Design was elected secretary. Chad Cole, an attorney who has been practicing in the area for close to a year, was elected youth chair. 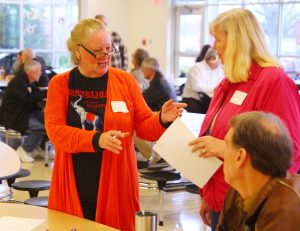