Marvin Edward Saylor, 78, of Danville, Kentucky passed away Monday, February 20, 2017. Born March 26, 1938, he was the son of the late Homer Saylor and Beatrice Hunnicut. 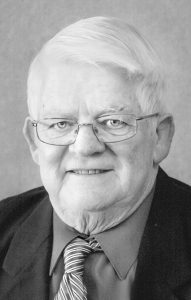 He was retired from the United States Marine Corps, having served three tours in Vietnam. After his military services, he worked for and retired from Kentucky Utilities.

He was an active member of the First Baptist Church of Danville, Ky. where he served as a deacon and was a member of the Joy Sunday School class.

Marvin was a passionate, impactful and loyal gentleman who held himself and his family with integrity. He was preceded in death by a brother, Stanley Saylor.

Pallbearers will be Logan Butler, Ben Saylor, Johnathan Chandler, E.G. Plummer, Billy Bob Barker, Robert Southerland, Jimmy Rankin and Richard Block. Honorary pallbearers will be the Joy Sunday School Class, Deacons of the First Baptist Church and the DHS class of 1956. Donations in lieu of flowers should be made to the First Baptist Church of Danville, Kentucky. An online guestbook is available at www.stithfuneralhome.net.