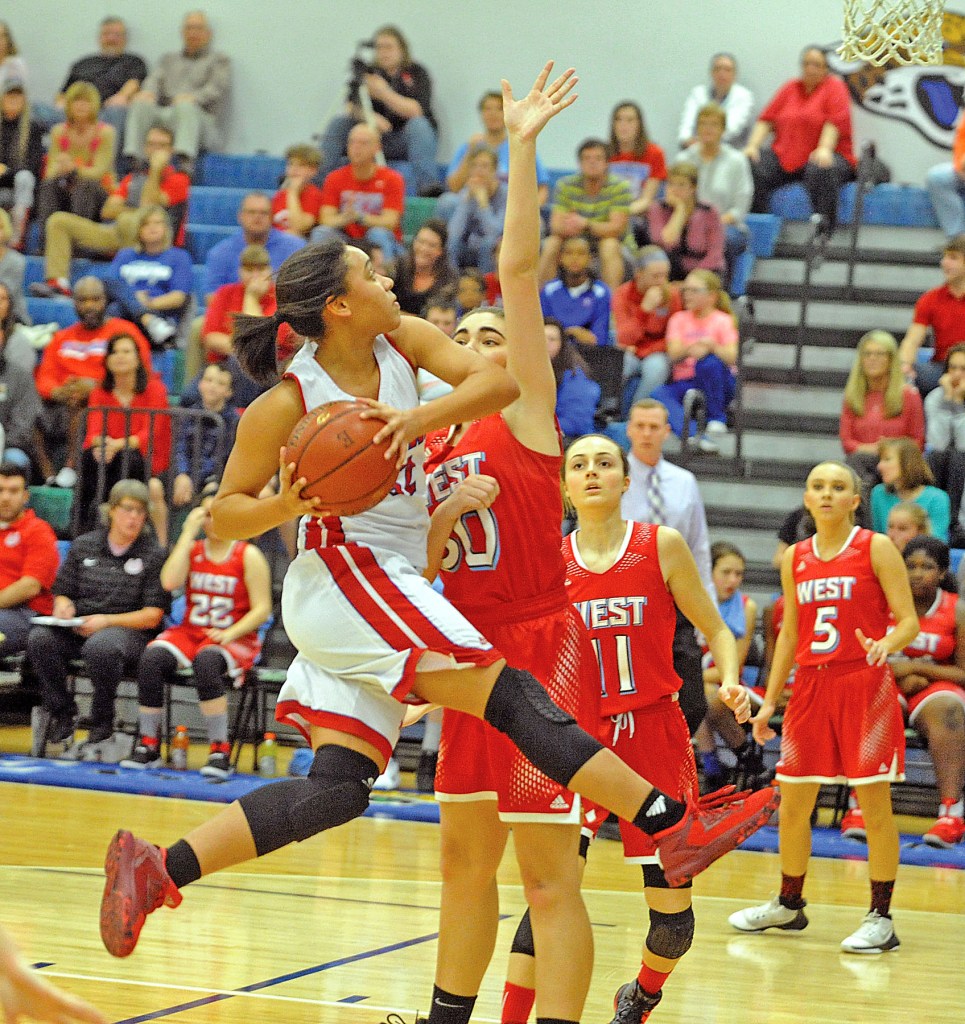 West Jessamine struggled to put points on the board against the Titans in Thursday’s girls basketball championship game, as Mercer rolled 63-14 to its ninth-straight district title.

Even with the relative ease of Thursday’s win, Mercer coach Chris Souder didn’t want to take anything away from his team’s performance. 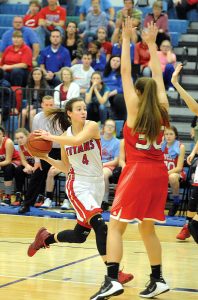 That’s not a typo: the Colts scored just one point in the second quarter.

West coach Jason Seamands said he didn’t like the way his team acted when it stepped onto the court.

“I’m disappointed that we didn’t play with more confidence on offense,” Seamands said. “I liked our game plan defensively, I thought we did some good things when we got our defense set, we made them work for shots. I’m just disappointed for them that we didn’t have more confidence on offense. If we don’t get that fixed, we’ve got no chance next week. Mercer is going to do what they do, but we played like we weren’t even supposed to be out there with them. That’s disappointing. I want to compete better than that.”

West is enjoying its most successful season ever with 21 wins, but Mercer was a class above. The Titans had 10 different players on the score sheet and had a running clock with the first basket in the second half.

Souder said it was his team’s defense that was on point Thursday.

“Jason has done a great job with (West),” Souder said. “We told our kids, next to us, they’re second in the region in wins. So we told them to be ready. We spent an abundant amount of time in practice on our half court man-to-man defense because I felt like that was our main weakness.

“I thought our kids did a great job talking, we still get lost every now and then because they run a lot of motion stuff. It was good for us. That was probably the biggest thing I liked. We didn’t hit the bucket great tonight, and that’s OK. That’s what I tell them, when you’re not hitting, you better be able to sit down and guard somebody, and we’re getting better at that.”

Both teams will enter the 12th Region with different mindsets: West wants to make a run, Mercer has eyes on another title.

“The one good thing is we know we won’t be drawing (Mercer), so that’s nice, but there’s some good teams in the 12th Region,” Seamands said. “We’ve got to play with confidence. I’m fine with missing shots but you want to shoot with confidence. Our ball movement has got to be better, and we’ve got to defend and rebound. Our defense was pretty good tonight, we held a great offensive team to 63 points. If you had told me that, I’d probably thought we would lose by 20 or so.”

The TItans gave up a total of 33 points in two district tournament games. Souder said his team has been focused on half court man-to-man defense in practice.

“We spent the majority of our practices in half court man to man defense,” he said. “We said we’ve got to get better there and they’re finally buying in. We told them there may come a game where you’re not hitting the basket, the press isn’t working, you’ve just got to sit down and guard somebody. More than likely, it will. We’ve got to be prepared.

“We’ve got to continue to get better defensively, come out confident and ready to go and don’t get outworked. That was a big thing tonight, we try to take talent out of the equation. We have talent, we understand that, but we also don’t ever want to get outworked. When these kids are going as hard as they can go, with their talent, it’s a pretty tough combination.”