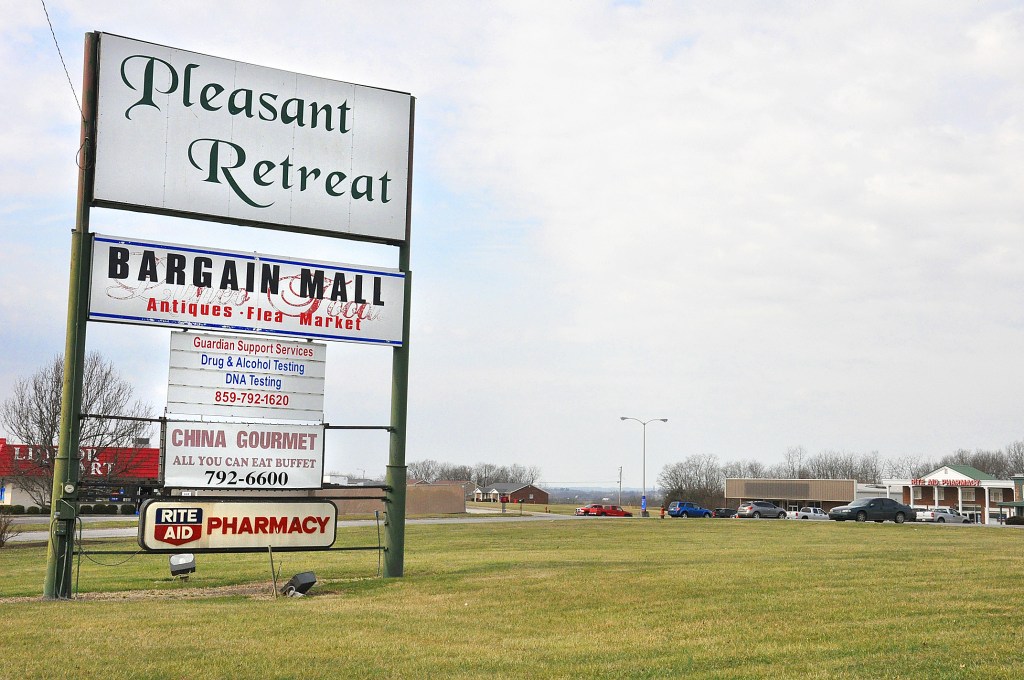 Robin Hart/rhart@amnews.com Pleasant Retreat Shopping Center, south of Lancaster, could be the future home of Save A Lot.

LANCASTER — A long talked-about dream could be a step closer to coming true for residents of Garrard County: the return of a full-service grocery store to the county.

However, the planned Save-A-Lot will not be built on the north side of Lancaster as initially believed, but likely at the Pleasant Retreat Shopping Center on the south side the city.

According to a deed filed Feb. 8 with the Garrard County Clerk, CCNR Properties LLC paid Danny and Ann Irvin of 31 Public Square, Lancaster, $750,000 for three tracts of land covering the Pleasant Retreat Shopping Center and land along Lexington Road on the south side of Lancaster. CCNR also gave a 1.78-acre property at 584 Lexington St. to the Irvins in a second deed. That property is valued at $130,000.

Robin Hart/rhart@amnews.com
Pleasant Retreat Shopping Center, south of Lancaster, could be the future home of Save A Lot.

The three tracts equal about 12.73 acres and include land sold to the Irvins by Pleasant Retreat Shopping Center Inc. in 1988.

Garrard County Judge Executive John Wilson confirmed that Larry Noe with CCNR, which holds the franchise rights to open a Save-A-Lot in Lancaster, had said the new store would be opening in the Pleasant Retreat Shopping Center. Opening there, Wilson said, would enable them to open the store nine months earlier than if they had to build a new location.

“I think it’s very exciting for our community and they seem like excellent corporate partners in all the communities that they’ve been into. They’ve done a good job of keeping us informed,” he said. “I’m looking forward to the future of finally having them here.”

Thornberry Properties LLC had initially expressed interest in opening a Save-A-Lot in Lancaster, even going so far as to secure the land, when the plan was halted abruptly last fall.

CCNR then took over plans for the store.

The property given to the Irvins by CCNR is the same property that CCNR acquired from Thornberry Properties LLC in November 2016, Danny Irvin confirmed. At this time, he said they don’t have plans for the land and will likely try to sell it.

Irvin said he was looking forward to having a grocery store in Lancaster.

“I think it will be a great thing,” he said.

Classifieds in The Advocate-Messenger show that the future Save-a-lot is already hiring.