According to a Boyle County Sheriff’s Office news release, the driver of the vehicle, Stephen D. Conover, 21, of Harrodsburg, and passenger Amanda B. Medley, 26, of Willisburg, have been charged with first-degree trafficking in heroin; first-degree trafficking in methamphetamine; tampering with physical evidence; and possession of drug paraphernalia. 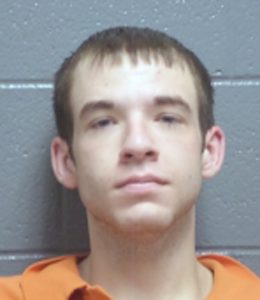 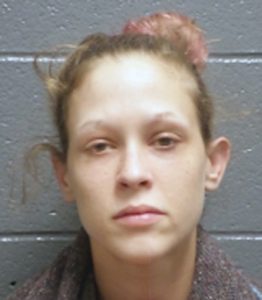 Both were transported to the Boyle County Detention Center. Once inside the jail, Medley was also found attempting to discard evidence and was charged with first-degree promoting contraband, according to the sheriff’s office.

According to the release, K9 Deputy Casey McCoy stopped the vehicle for minor traffic violations at 8:10 p.m. at the intersection of Perryville Road and Bluegrass Pike. After Conover declined a consent search of the vehicle, Deputy K9 Niki was deployed and indicated drugs on the vehicle.

The release said heroin, scales and other paraphernalia were found inside the vehicle. Also, Conover had a large amount of cash on his person, and Medley had heroin and crystal methamphetamine, the sheriff’s office alleges.

Assisting with the investigation was officer Ben Roy and K9 Officer Tony Dollins of the Danville Police Department.

Conover and Medley were both being held Thursday on $10,000 10-percent bonds.