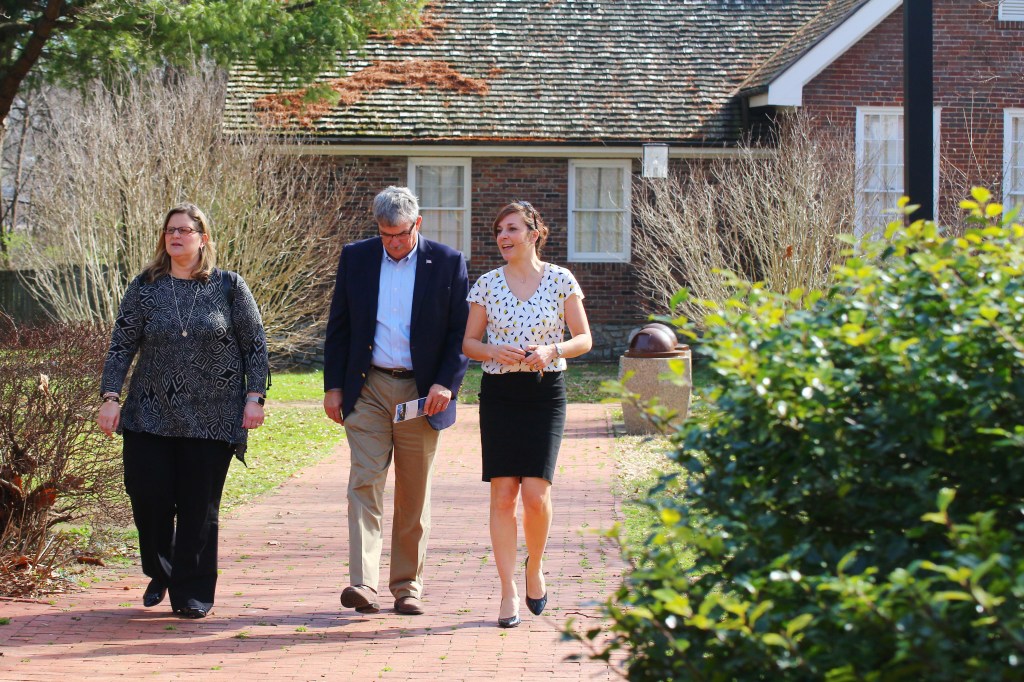 Danville will be the center of Kentucky’s attention on June 1, when the state celebrates its 225th birthday.

Constitution Square, where Kentucky’s Constitution was born, will be the site for the centerpiece event of the state’s yearlong celebration, Convention and Visitors Bureau Director Jennifer Kirchner confirmed Friday afternoon.

Kentucky Commissioner of Travel Kristin Branscum traveled to Danville Friday morning to meet with Kirchner and Boyle County Judge-Executive Harold McKinney, who gave Branscum a tour of Constitution Square and took her to lunch at Cue on Main while discussing the plans of the state’s 225th Anniversary Commission.

The commission was created by a law passed in 2016 in order to guide celebrations of the landmark anniversary. Branscum said a wide array of people and organizations are involved on the commission, from government agencies to education leaders to the Kentucky Heritage Council.

“Everybody is kind of involved to see what we can do to pitch in to actually have critical mass to promote the 225th,” Branscum said. “The tricky thing, which always happens with these, is that no funding actually came with it. So that’s what we’re trying to do is be creative and fortunately, we’ve got great partners all across the state, great communities like Danville that we’re going to work (with) to try to have official events.”

Kirchner confirmed Friday afternoon that the meeting with Branscum went well and she agreed to have the state “kickoff” event at Constitution Square on June 1.

“Their messaging is that ‘it starts here,’ which is exactly what we were hoping for,” Kirchner said.

Danville has held Kentucky birthday celebrations on June 1 before — former Gov. Steve Beshear visited last year when his plaque was added to the park’s Governors Circle. This year’s could be the biggest event in current memory by far, Kirchner said.

“What we decide to do locally, the state will support and join and bring media and — hopefully — the governor,” she said.

Kirchner said the CVB will head up plans for the event, with help from as many community members as are willing.

“The more the merrier — I really think that this is the kind of project where the more people who bring passion and pride to it, the better it’s going to be,” she said. “I’m perfectly willing to admit there’s probably all sorts of things I didn’t think of. So I would love people’s ideas.”

Organizers for the Great American Brass Band Festival will be a “major partner” in the planning, since that festival kicks off in Danville on the same day. 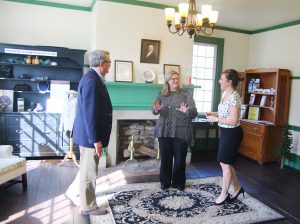 Kirchner said that sets up a perfect opportunity: In past years, the CVB has held a short anniversary event at Constitution Square and encouraged attendees to then hang around and eat or shop in downtown Danville. This time, attendees will be able to hang around for the festival.

Branscum said the state has already begun promoting the 225th anniversary with a “bucket list” of 225 things to do in Kentucky.

The bucket list, which includes local attractions such as Perryville Battlefield, Shaker Village, Constitution Square, the Great American Dollhouse Museum and Penn’s Country Store, is available at ky225.com. And Kentucky Tourism is sharing one bucket list item a week on its social media pages. It began last week by sharing information about Constitution Square.

Branscum said there will be many events at locations throughout the state. The goal is to look back at what Kentucky has accomplished and what makes the state great, and then talk about what can be done to make the state even better.

“We know we’ve got issues, but we know that we can make ourselves better — and look at all the great things we’ve done in this commonwealth, what we’re known for over the last 225 years,” she said. “This 225th is a great (way) to make history exciting and really put it in context with the state and what we’re doing and where we can go with it.”

You can view the Kentucky Department of Travel’s bucket list of 225 things to do in Kentucky, assembled in honor of the state’s 225th anniversary on June 1, at ky225.com.

Centre students take on teaching in Ghana schools over…