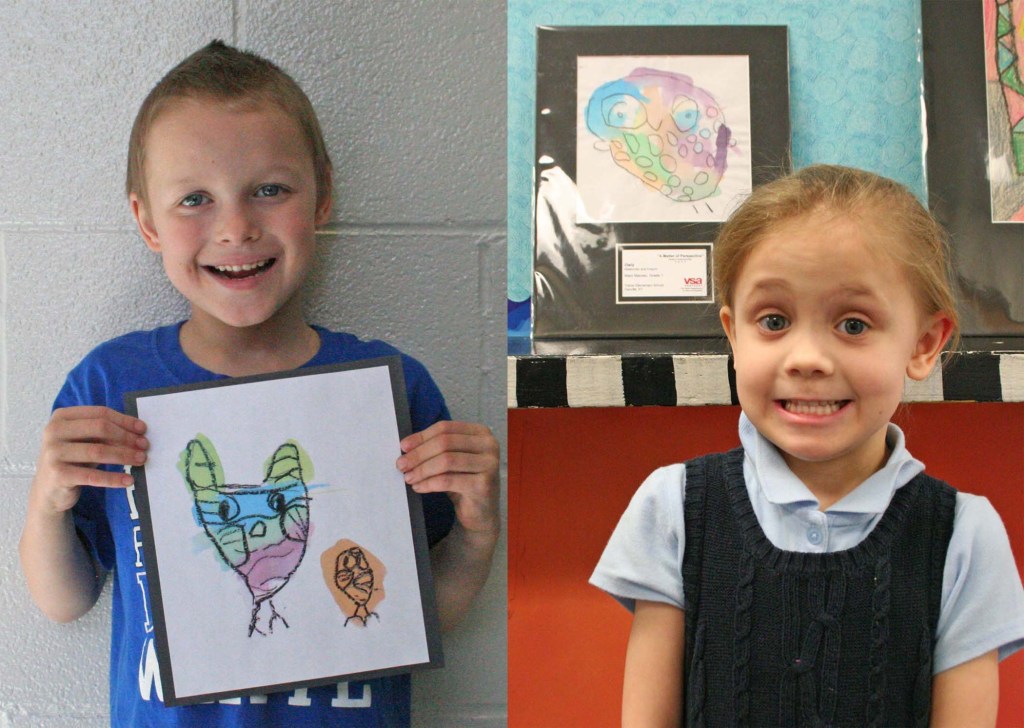 Zachary Butler, left, and Mary Marzec, right, with their artwork.

Two Danville kids are having a hoot after their artwork was selected to be featured in a statewide traveling student exhibit. 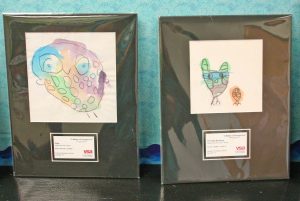 Zachary Butler, 6, from Hogsett, and Mary Marzec, 6, from Toliver, were selected to be part of the VSA Kentucky Student Traveling Art Exhibit, “A Matter of Perspective.”

Their pieces, titled “The Owl Brothers” and “Owly,” respectively, were among the 35 pieces chosen from across the state.

According to their website, VSA Kentucky “is a non-profit organization that promotes arts, education and creative expression for all.” The Student Traveling Art Exhibit is comprised of entries from Kentucky students from kindergarten to 12th grade with disabilities and is available to be featured at schools, museums, businesses, libraries, and hospitals across the state.

Zachary and Mary are part of the Expressions Art Program at the Danville Independent Schools, a program to help students increase communication skills, develop a sense of self, build relationships and facilitate sensory integration. 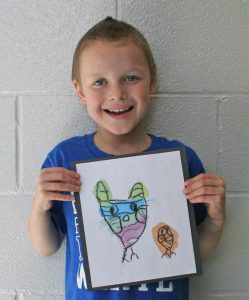 In August, Expressions took a trip to the Central Kentucky Wildlife Refuge. There, they learned about owls by looking at pictures, listening to owl calls and more. They all painted their own owls and the paintings were submitted for the exhibit. Zachary’s and Mary’s were chosen.

Zachary is a kindergartener at Hogsett Elementary School. He is the son of Brad Butler and has two brothers, Colton and Brandon. Zachary painted two owls, based on himself and his little brother, Colton. He said he chose his favorite colors for his owl painting and based it off of one he saw in a book they read.

Owls are his favorite animals, he said. He enjoyed learning about the owls at the Wildlife Refuge, including how they build nests.

Zachary is also a UK Basketball fan and said he likes to play basketball. 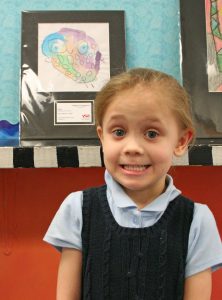 Kendra Peek/kendra.peek@amnews.com
Mary with her piece, Owly, part of the VSA traveling art exhibit, which was at Toliver Elementary on Friday.

Mary, is a first-grader at Toliver Elementary School. She is the daughter of Richard and Addie Marzec and has two brothers, Rolland and Darion. Mary said she was excited to be in the show, and that her parents were excited, too.

Mary said she chose her owl’s colors based on a book they read. She settled on one large owl.

Her favorite class is math and she said she really likes subtraction. She also likes computer lab, physical education, recess and lunch.

“My family,” Mary said with a smile.

Currently, the artwork is on display at Toliver Elementary. It will be moving to Hogsett in March before moving elsewhere in the state.

To learn more about the VSA’s traveling art exhibit, visit their website at vsartsky.org/programs/student-traveling-art-exhibit/. You can also apply there to host the exhibit or future exhibits at your business. 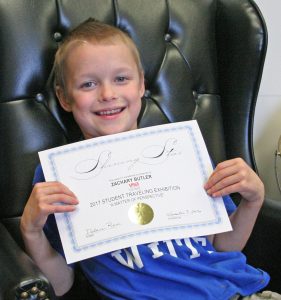 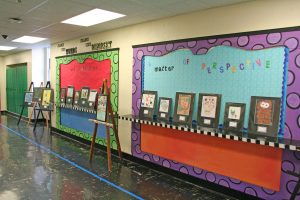 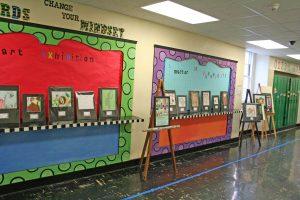