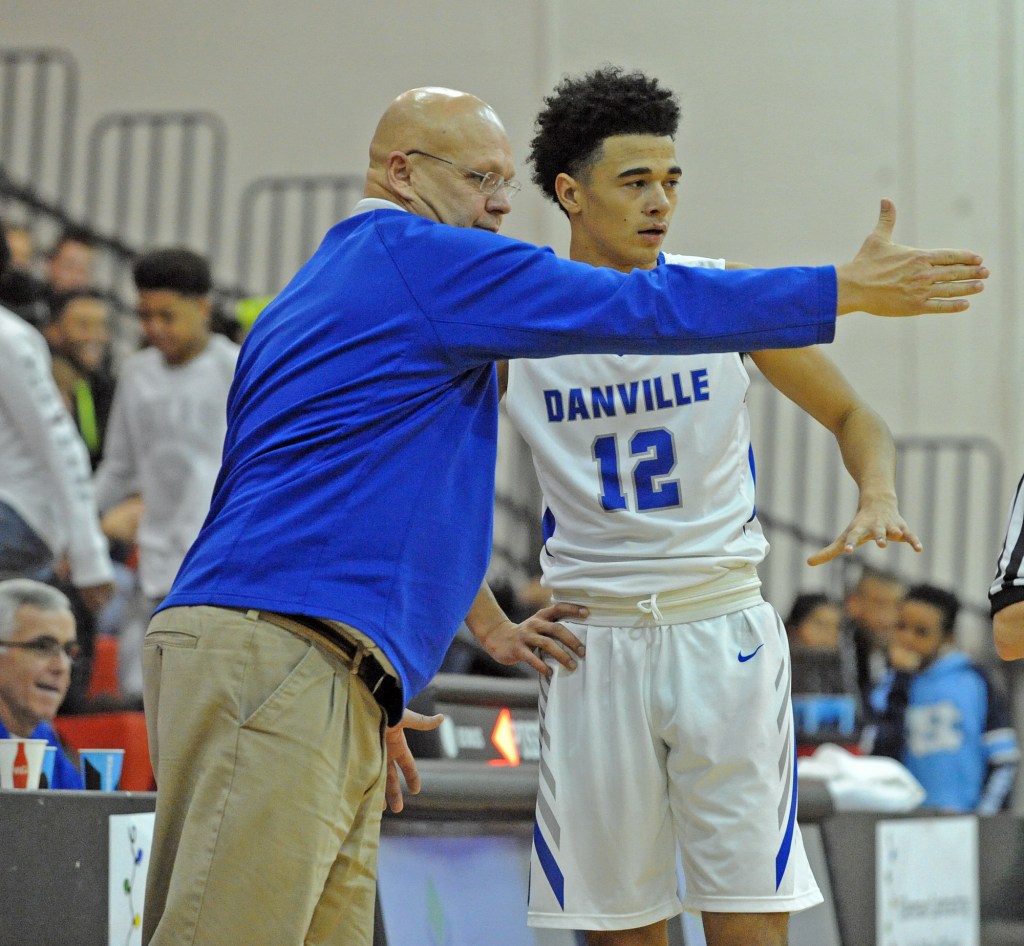 EDITOR’S NOTE: The Advocate-Messenger approached area high school basketball coaches about writing a column for publication. This one from Danville boys coach Ed McKinney is the ninth of 10 stories to appear in the paper each Tuesday through the end of the season.

I get asked every so often, by friends and others, “Why in the world do you want to keep coaching?” So often, in fact, that I get a little concerned that maybe I am missing something.

People I like and respect are among the ones who question the sanity of being a coach the most. So the doubt creeps in and I think about long bus rides, upset parents, lack of sleep after a close loss, shortage of volunteers to work concessions, less than ‘make you wealthy’ pay, poor transition defense, bad free throw shooting and the small forward struggling in Chemistry.

Maybe my friends are right. Why am I doing this? And then almost immediately, I begin to think about all the things that still draw me to coaching and why those of us fortunate enough to get to coach at the high school level are among the lucky.

What you receive as a coach, in the end, is always more than you give.

The following is an attempt to explain why I believe many coaches keep coaching and why some want to get back to doing it when they get out of it. If, instead, it comes across as sentimental, old coach ramblings in the form of a poorly written eighth-grade English assignment, I apologize in advance. And I mean no offense to eighth grade English!

There are the givens. Coaches most likely have loved the game since their childhood. Most of us played at the high school and college level and the love for the game never left us. Coaching allowed us an opportunity to stay attached to a ball, but also to something that always meant more to us than just a game.

Many of us were impacted by a coach at some point in our career and it changed us for the better, in small ways and big. We look back at that person with admiration and feelings much like we have for our own fathers. We start our careers hoping we can have half that kind of influence on a kid someday.

Then there were your teammates; the ones you cut up with on the back of the bus in middle school, the ones you celebrated with, cried with when you lost in the finals of a region and the ones who were best man and groomsmen in your wedding.

Coaching provides an obvious outlet for our competitive spirit. It allows us a chance to exchange our ball handling and shooting we did as a player for finding the best way to defend a ball screen or the right button to push to get a kid to play harder. Coaching allows us to be a part of the game long after we can’t get in a defensive stance, let alone get back out of one.

We coach for the feeling of the locker room after a big win! There is not much like it.

But the givens, my theory goes, are not enough to keep us old coaches around. No doubt that the love of the game, great players and big wins matter to every coach. But it is also subtle things that I believe coaches equally dread giving up at the end of their career.

It is seeing old faces and friends at the local away games and the feeling you get when they say, with sincerity “Hello coach, how you doin’?” Five  minutes later, with equal sincerity, they yell at you to sit down when you may disagree with a block/charge call.

It is the referees you see night in, night out, many of them you know outside of the game who, on their best night, can only please half the people. Speaking of why in the world would you want to do something!

It is your assistant coach, twenty minutes before a nerve wracking tournament game, eating a hot dog like there is not a care in the world. At that moment, you realize it really is just a game and you needed to realize it.

It is the popcorn you sample with your assistant coaches at every gym and passionately debate whether there is the appropriate amount of salt. How one replaces that kind of intellectual stimulation makes leaving coaching a scary thought.

It is a senior on your team who doesn’t get to play much, keeps a great attitude, cares more about his team than himself and thanks you for all you have done for him on senior night. Yes, he actually thanks you!

It is managers who show up and do thankless jobs and then thank you for the “opportunity.”

It is assistant coaches who do laundry after practice and the next morning have your back at the local breakfast hangout when the talk centers on whether the Danville coach has ever watched the game of basketball, let alone coached it.

It is your former players who come back and want to coach with you and an alum who drives an hour each way every day to make a positive difference, not just at their old school, but also with kids.

It is a scorekeeper who has done it for 25 years and says he loves it, but you know he also knows it would be hard for you to find somebody else who wants to do it.

It is parents who bring pregame meals and just love to see the boys eat.

It’s watching a kid give every ounce of effort he can possibly give. It’s watching a group of kids really enjoy being around each other at a hotel on a December night at one of a hundred holiday tournaments — enjoying each other so much that the coach has to get up at 2 a.m. and finally snap in order to get everybody to go to sleep.

It is coaching your own son, with his brother in the student section, his mom working the concession stand and his little sister rolling her eyes wondering what is the big deal.

Maybe we coaches intentionally blind ourselves to the drawbacks of coaching. We probably do. But the good outweighs the bad, at least in our minds.

You may ask a coach someday why he would want to keep coaching. And you may be the same person next December who says hello to him and asks him how he is doing when he comes to your place to play your team. And then you may yell at him to sit down when he argues a call.

Or maybe you will be the one who pops the popcorn. I’m betting an old coach or two will be there to sample it next season, judge the saltiness and argue too much or too little. And you will be partly to blame, in a good way, for the old coach continuing to coach.