Peace, love and basketball Centre student wants to pop ‘bubble,’ bring college and city together with tournament and discussion 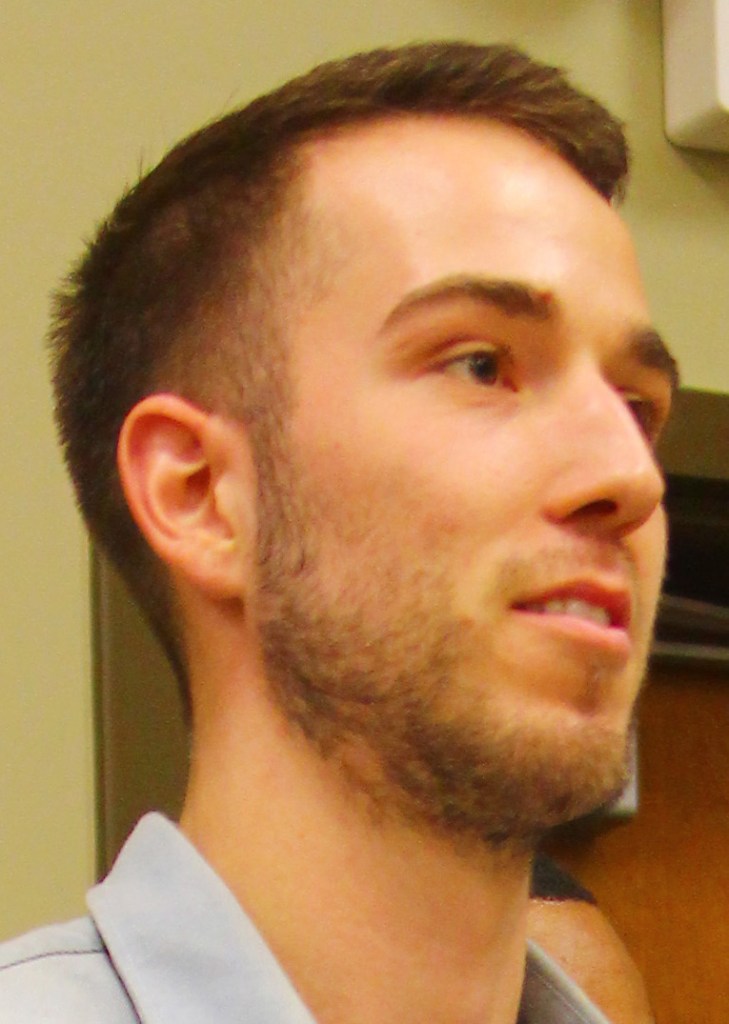 A Centre College student hopes basketball can be a key to creating better connections and understanding between the college community and the surrounding city and county.

Hari Perisic, a senior finance and economics major at Centre has developed a proposal for unique event featuring a community basketball tournament, a community conversation on difficult topics and a street party with local food. 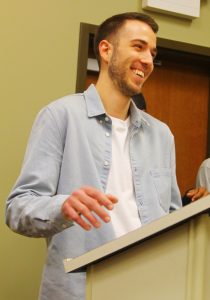 Ben Kleppinger/ben.kleppinger@amnews.com
Hari Perisic, a Centre College student, presents a proposal to Danville City Commission Monday for an event that would use a community basketball tournament to spur on discussion of difficult topics and increase cooperation between the Centre and Danville communities.

“As a Centre College student I’ve noticed, coming from Boston, that there is this ‘Centre bubble’ — this divide between the communities here,” Perisic told Danville city commissioners Monday night.

Perisic’s proposal to address that bubble and get members of both communities talking and interacting involves a three-phase event he’d like to hold on April 22, tentatively named “BCD 3v3.”

Phase one would be a three-on-three community basketball tournament, which would be followed by an hour-long “community conversation.” Then, Walnut Street would be closed to traffic and used as a location for food.

Facilitators for the discussion would attend two small group training events earlier in the month in order to be prepared to lead the conversations.

“We start with basketball, have some hard discussions, and then close with good food and good times,” Perisic said.

According to Perisic’s proposal, which he provided to the Danville City Commission, the “‘Centre Bubble’ exists because students rarely venture into the community to spend quality time at local shops or with members of the at-large community.”

Perisic also notes, “There has been a noticeable lack of participation in Centre sporting events from the community.”

Centre student Johnny Chen is working on the proposal with Perisic and said he also sees the “bubble” keeping the two communities apart.

Chen said students “are almost too comfortable within the Centre community. They don’t want to reach out.”

“Hari took full initiative to organize this and I believe it’s truly amazing and really will create a bridge from Danville as well as Centre,” Chen said.

Perisic and Chen are also working with Rashea Ford, who has helped organize the Block Party event at Danville’s Millennium Park and runs the non-profit Don’t Sleep.

Perisic’s proposal seeks to create community-college integration similar to what he experienced while living in Boston.

“The City of Boston’s integrated school system develops both student and non-student members of the community for lives of learning, leadership and service. This benefit derives directly from the close connection between college/university and city/county communities,” the proposal reads. “In order to successfully meet the complex challenges facing society today, Centre and the Boyle/Danville communities must join together in a creative endeavor.”

That “creative endeavor” would “diversify” students’ experiences, allow both communities to “share life experiences and skills” and “re-establish a connection between the communities that will result in long-term growth for Centre and Danville/Boyle,” according to the proposal.

“Hosting a basketball event will bring friendly competition and create bonds between members of the community that will not have had the opportunity to connect otherwise,” Perisic’s proposal reads. “… Providing music and other types of booths will entice non-athletic members who do not enjoy basketball to participate in the event and diversify the types of people participating. …

“When all goals are reached, Centre has the potential to (be) a better, more inclusive college and Danville a stronger city.”

City commissioners said they were in support of the plan.

“We think this is a great idea and applaud you for promoting this,” Mayor Mike Perros said.

Perros said he knows there is a history of the two communities working well together and it would be beneficial to improve communication.

Commissioner Rick Serres noted that on the same day Perisic has targeted, there is also an Earth Day event at Bluegrass Community and Technical College and the Taste of Danville event at Wilderness Trail Distillery. He invited Perisic, Chen and Ford to attend a meeting with organizers for the other events so they can figure out how to best promote all three events.

The city commission took no formal action concerning the proposal. 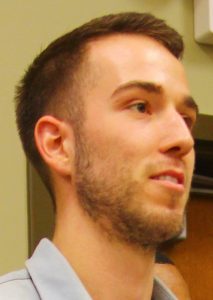