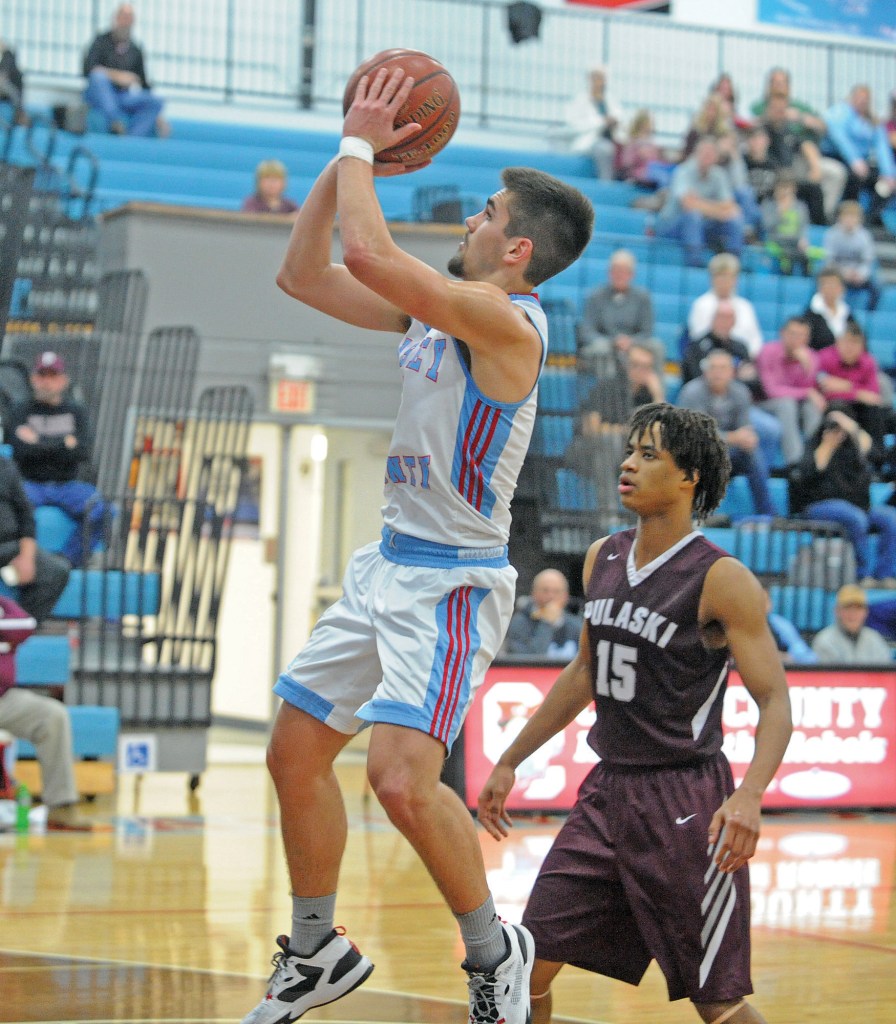 Jake Smith is the most prolific scorer in Casey County boys’ basketball history.

And it isn’t close.

Smith averaged 22.4 points per game this season, a career high. He broke the school record earlier this season and broke the 2,000-point mark in the second half of the year. He’s the only player in Casey boys’ basketball history to have more than 2,000 points in his career.

“It’s a great, awesome achievement,” coach Jason Price said. “He’s had the opportunity to put together four really productive years, scoring-wise. That’s definitely how you accumulate that kind of point total. Before him, the all-time record was around 1,700. So he killed it, broke that early this season and has around 600 points more than the previous high score.”

Smith said he knew the record was in reach at the start of his senior season, but it wasn’t his main focus.

“The main thing on my mind, of course, was winning and making it far in the tournament,” he said. “But I’m not going to lie, that was on my mind, too, because I knew I was close. It was something that I had set out to accomplish. It wasn’t the most important thing, but it was there.”

Smith said once he broke the 2,000 point barrier it was much easier to just go out and play.

“I’ve always been kind of a scorer, but early in my career, I forced a lot of things,” Smith said. “Later in my career I kind of just let the game come to me. If I went into halftime with four or six points or something, I knew that I had to come out and produce in the second half because I knew that was my role on the team. What really helped me was just letting the game come to me. If my shot wasn’t falling, I’d try to get inside and create for my teammates like that.”

Price said Smith’s strong shooting on offense made it easy for him as a coach.

“I like coaching players that I know can get their own shot,” Price said. “When things broke down, I always knew that he was able to create his own shot and, even if things weren’t going well for the team, he could get a decent look. That’s always great to have as a coach, especially when you’re drawing things up in crucial moments. It’s good to know that you have that shot creator. A productive shot creator doesn’t come around that often.” 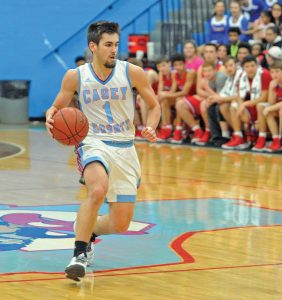 Smith scored his points from all over the court: He finished this season with 43/32/70 percentages from the field, 3-point range and the line, respectively. He also brought down 6.3 rebounds per game this season, a career high.

“He could score at all three levels, he was strong to the rim physically, he had that mid-range game which I feel like separates a solid ball player from a really good scorer,” Price said. “He’s got that pull-up jumper, it’s really hard to stop. He can score from the 3-point line. You can take something away from him and he still had other ways to score. I feel like his best offensive weapon was his pull-up jumper.”

Even as one of the best scorers in the state this season, Smith said he won’t play basketball at the next level.

“I’m actually not going to play basketball in college, I’m going to Campbellsville and majoring in Criminal Justice,” he said. “It was just something that I talked with my family about. I’ve been playing for so long and it’s been such a big part of my life for so long, it was hard to accept that I didn’t want to play in college, but it was something that I felt was best for my future. I just really want to focus on my academics and career.”

Even though basketball might not be in his immediate future, Price said being at the top of the record books might bring some added respect from younger players in the area for Smith.

“He’s going to have his name up there as the all-time leading scorer,” Price said. “Kids coming up in the future, they’re going to see his name as the No. 1 on that list. Everybody that comes behind him will hope, strive to achieve that goal. It’s an honor and I think that it’ll hold for many years.

“I do think that when you’ve been a good player, you know what it takes to become a good player like the time that he’s put into his game, his basketball mind. I wouldn’t be surprised if, down the road, something like (coaching) could occur.”

Smith wouldn’t rule it out, either.

“It wouldn’t be like my first choice, but I can still see myself being around sports and being involved, because it’s been there my whole life,” he said. “It’s something that is going to be hard to up and walk away from.”

With or without basketball, Smith said he wants to be remembered in Casey County as a player who would do what needed to be done to help his team win.

Price said his accomplishment is one that won’t be forgotten for a long time.

“Everybody in the region, everybody in the area pretty much knew that night in, night out, if you’re playing against Casey, you’re going to have to stop Jake,” Price said. “It’s pretty cool that he continued to put up those kind of numbers even though everyone else was trying to stop you. It’s a pretty awesome accomplishment and something to be proud of, no matter if it stands for 30 years or 10 years or whatever. It’s an unbelievable thing to put up those kind of numbers for a career.”