The trial for a man accused of taking a woman on a 2015 ride through Boyle County that ended in Mercer County has been delayed.

The trial of Marion Fisher, 36, was scheduled to begin on Monday, but was delayed because the defense needed more time to prepare, according to his attorney, William Butler of Louisville. 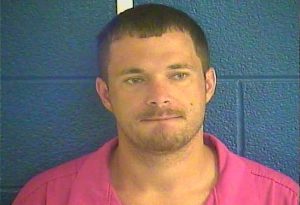 Butler said he only took the case about four or five weeks ago. Prior to that, Fisher had been represented by the public defender’s office.

Fisher was arrested on July 23, 2015, by Boyle County Sheriff’s Deputies after a foot pursuit in Mercer County, according to law enforcement.

According to an Aug. 6, 2015, account by Deputy Casey McCoy in The Advocate-Messenger, Fisher and Sharonna Harmon, who were dating, stopped by the side of the road “to split a fifth of whiskey,” on July 23, 2015.

When authorities located Fisher, it led to a chase, leading into Mercer County. He attempted to flee on foot, prompting deputies to deploy a taser and then K9 Djanco, when the Taser failed to stop him.

According to records obtained from the Boyle County Detention Center website, from the events of July 23, 2015, Fisher faces charges of:

• second offense of operating a motor vehicle under the influence of drugs;

• operating on a suspended license;

Fisher is scheduled to appear in the Boyle County Circuit Court on March 7 for a motion hour, a time to set a trial or plea date, Bottoms said.