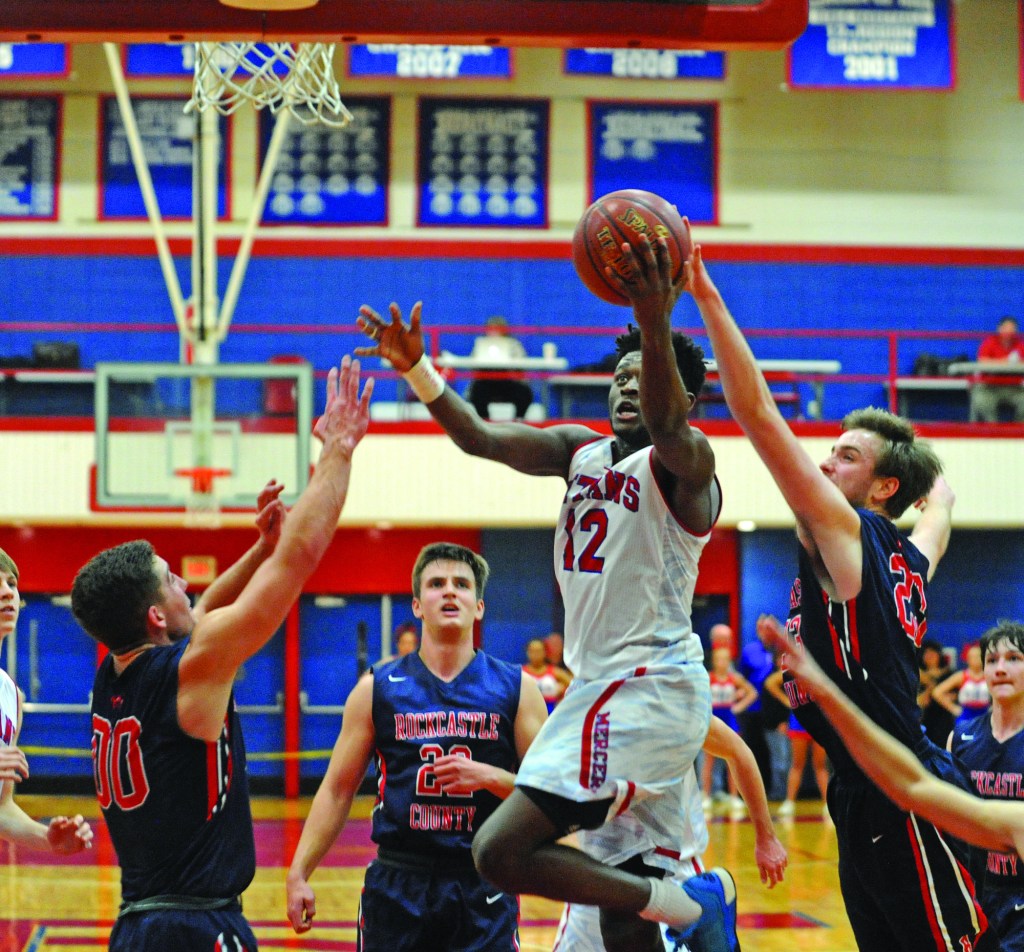 STANFORD — After watching one upset, Mercer County made it a point to not make it two upsets on Wednesday at Lincoln County.

The Titans took care of business against 47th District runner-up Rockcastle County, winning 72-62, behind 18 points from Gunnar Gillis and 17 points from Trevon Faulkner.

It wasn’t Faulkner’s best night: The Titans’ star sat for much of the second quarter with foul trouble.

“That’s been the strength of ours all year, guys stepping up at different times,” Young said. “We’ve just got to try and continue to make the little plays. There’s some little things we did late, but that’s how we play also. They’re being unselfish, our mistakes were unselfish. As a coach, it’s hard to gripe about unselfish mistakes, trying to make extra passes.”

Young said he wasn’t happy early in the first quarter, saying his team was out-hustled. The two teams were tied at 15 after one quarter and the Rockets led for much of the second quarter before Garrett Dean started firing: He led all scorers with seven points in the second quarter, putting Mercer ahead 38-29 at halftime.

The Titans kept the tempo high in the second half and Rockcastle did well to keep up for the third quarter, outscoring Mercer 19-15.

But in the fourth quarter, Mercer’s offense continued to hit while Rockcastle slowed down.

“The guys did a good job of battling, our goal was to make it an up-tempo game, try to wear them down, and I think we did that to a point,” Young said. “I think their legs went a little bit and missed some shots they normally make. But like I said, I don’t think we played great, but to survive and get a win is big time.”

“For whatever reason, we’ve been a good free-throw shooting team all year. But in the past week or two, we’ve been struggling,” Young said. “We have to get back, in a tournament like this, against the opponents we’re going to see, you need every single point.”

Mercer will play Wayne County in the semifinals on Monday. Wayne beat host Lincoln County in the first game on Wednesday, winning 48-45.

“We’ve got to do a great job coming out and guarding,” Young said. “We played Wayne early, they shoot it well, they’re going to play with us. We’re going to have to make plays.”