William “Billy” Pendleton, 82, of Lancaster, passed away Tuesday, February 28, 2017, at his home on Lexington Road. He was born in Garrard County on December 9, 1934, to the late William Gobel and Jennie Hammack Pendleton. Billy is survived by his loving wife, Freda Moore Pendleton. 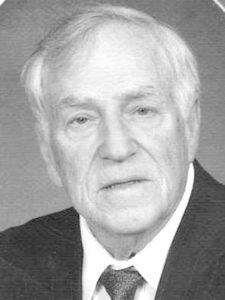 He was a longtime member of the Antioch Christian Church, but attended Lancaster Church of Nazarene and First Presbyterian Church of Lancaster. Along with his wife Freda, surviving are three nephews, Rob Montgomery, Richard Cook and Tim Cook; a niece, Pam Oakley; a dear friend and sidekick, Mike Fitzpatrick; and a great-nephew, Alex Montgomery.

He was preceded in death by a brother, Roy Pendleton and a great-nephew, Grant Oakley.

In lieu of flowers, memorial contributions may be made “In memory of Billy Pendleton” to the R.J. Corman Multiple Myeloma Research Fund, Dana-Faber Cancer Institute, PO Box 849168, Boston, MA 02284. www.spurlinfuneralhomelancaster.com