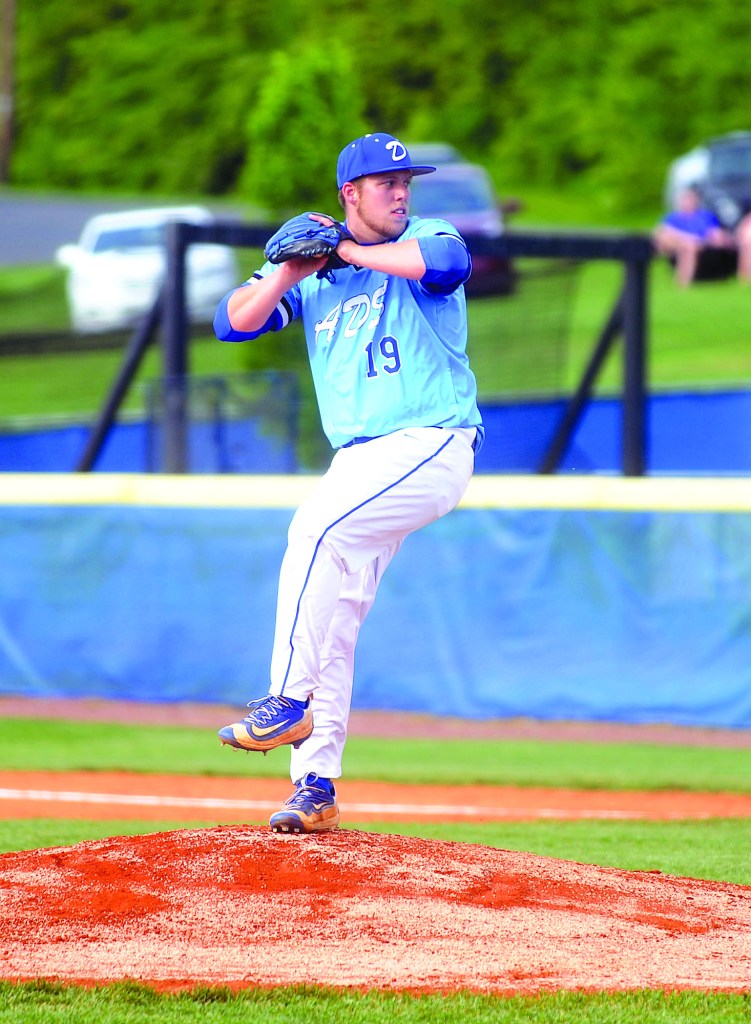 Baseball season is still a week away, but Danville senior pitcher Brian Baxa has already picked up a few significant awards.

“This award and awards like this are special,” Danville coach Paul Morse said. “Not many can call themselves an All-American.

“That being said, Brian is one of those guys that doesn’t play the game for awards, he plays and works to improve from year to year and get better. He has worked extremely hard for us the last four years and has gotten better each year. We hope all the hard work he has put in this offseason means he has improved again. If that’s the case, he will put up some really good numbers again.”

Baxa knows a thing or two about putting up good numbers. During his junior year, he went 10-3 with three saves, throwing 76.2 innings with 113 strikeouts and a 1.98 ERA. That followed up a sophomore season when he won six games, striking out 93 batters in 68 innings with a 1.54 ERA. He’s won 20 games throughout his high school career.

And he excelled at the plate, as well, hitting .325 with seven home runs and 42 RBIs a year ago.

His performance helped the Admirals finish 23-14 last year — their 12th 20-win season in 13 years — and a spot in the 12th Region tournament field.

The Admirals open the season next Friday at Pulaski County, and they open their home schedule three days later against Washington County.

As if Baxa needed a bigger bulls-eye on his back, garnering these awards will certainly put him in the cross hairs for opponents.

“I’m not sure it puts any more pressure on him, but it does mean you are going to get the other team’s best effort every time he goes out there,” Morse said. “We talk about that all the time as a team. When teams play Danville, they are always up for the game and going to give their best effort. If you don’t match that intensity and effort, you’re going to be in trouble.

“Brian knows he is going to face the better teams on our schedule so he has to be ready to compete at a high level every time out. But that’s no different this year, he has had to do that the last two years.” 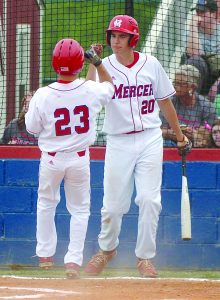 Baxa was joined on the KHSBCA preseason list by another star area pitcher, Mason Hazelwood of Mercer County. Hazelwood, who is a University of Kentucky commit, has thrown 123.2 innings over three seasons, striking out 134 and gaining a 13-6 record with a 2.03 ERA. At the plate, he is a career .317 hitter with 19 extra-base hits, 54 RBIs and 30 runs scored.

“The preseason All-State is a great honor, but doesn’t have a huge impact on how I go about things on a daily basis,” Hazelwood said. “There is still a season to be played. I am extremely grateful to be recognized by the coaches around the state for my hard work and dedication. The only thing it changes for me is that it gives me something to remind myself everyday that I have to come to the field day in and day out to continue improving so I can help contribute to my team. We’ve got big expectations this season. I just want to help us to get us where we all want to be at the end of the year.”

Mercer went 15-16 last year and lost in the first game of the 46th District tournament. They’ll be under the guidance of first-year head coach Adam Schartzer this season.

“Mason has made huge strides in the offseason in order to perfect his craft,” Schartzer said. “This preseason honor is well deserved and shows the dedication he has made over the past four years to his game and the Mercer County program. He comes to practice everyday with the will to work and to help his team any way possible.”

The Titans open their season Tuesday, March 14 with a home date against Christian Academy (Louisville).

Mercer and Danville square off a few weeks later, on April 5 in Harrodsburg.