Editorial Opinion: Time to put a stop to digital propaganda 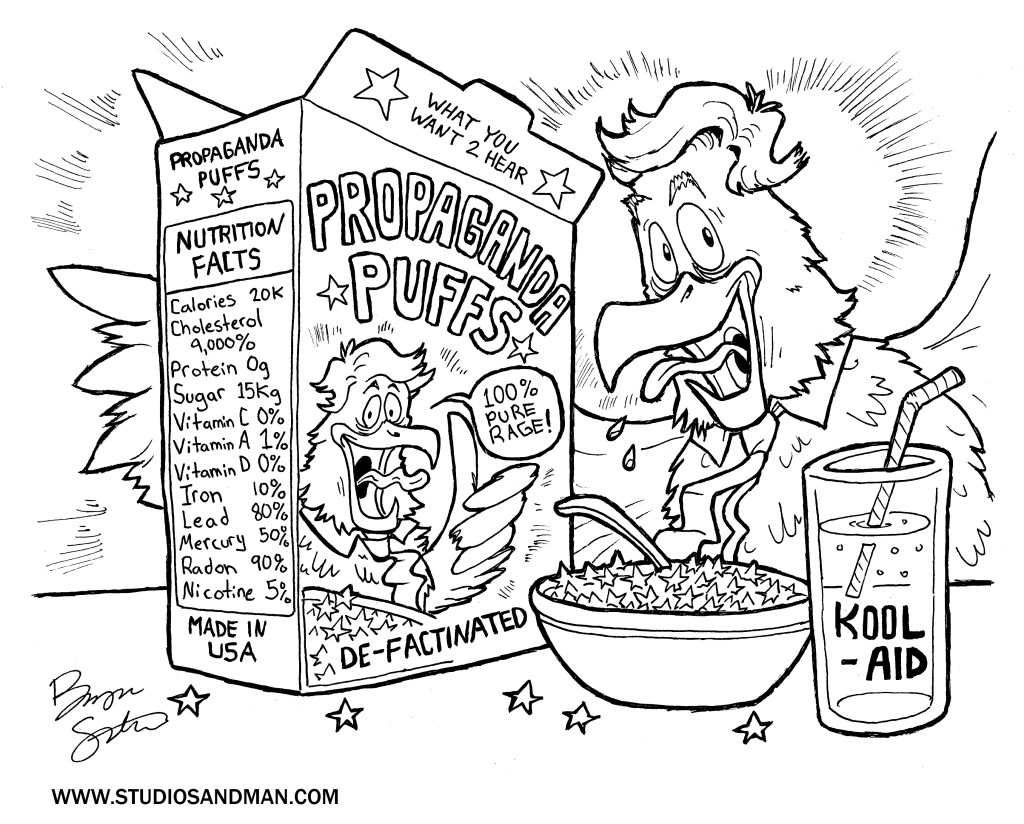 “Obama’s secret revealed! Just wait till you see the SICK way they are TRAINING people to overthrow Trump.”

If you have, then you have been the target of what the Local Media Consortium (LMC), of which this newspaper is a member, calls “digital propaganda.”

Both of those headlines are actual headlines taken from currently active propagandawebsites. Both of the headlines — and the stories that accompany them — are not in any way accurate and in fact attempt to mislead readers into believing things that are the complete opposite of the truth.

The first headline is from a site that targets conservatives with digital propaganda; the second headline is from one that targets liberals. Neither site has a single ounce of journalistic credibility — their goal is simply to take advantage of people’s biases and manufacture outrage in order to make a profit.

Unfortunately, these types of propaganda sites are proliferating, thanks to several factors that make it both possible to spread propaganda quickly and profitable to for those willing to deceive readers.

As a reputable, local newspaper, we follow the Society of Professional Journalists’ Code of Ethics, which calls for reporters to “seek truth and report it,” “minimize harm,” “act independently” and “be accountable and transparent.” We also agree with the LMC statement issued recently in the wake of spreading propaganda, that “we are committed to informing the citizenry and preserving the media’s watchdog role without fear or favor.”

Clickbait propaganda sites follow no such ethics rules and have no overriding morals guiding what they publish. They live and die by whether their false and wildly misleading headlines can gather enough clicks from unsuspecting readers to earn them money from advertisements.

That’s why the LMC has called on advertisers, marketers and the ad technology community to stop providing ad networks for these untrustworthy sites. Google is among those who have already taken steps to end the profitability of propaganda, but more needs to be done.

Another way to combat the spread of propaganda is to support your local news media. Again, the LMC has a statement that is on point: “National media often does not have the local connections and content to cover what is going on outside the top media markets. Policies from the Beltway and statehouses take effect in all cities and towns across the nation, many of them covered by newspapers and TV stations with small but dedicated newsrooms.

“We call on consumers and corporate America to recognize the value of reputable, local news organizations.”

Real journalistic organizations are not blameless for the rise of propaganda, even if they have never penned a lie in their lives.

Media organizations today, especially at the national level and sometimes at the state level, get too invested in “finding a good angle” that will get people to watch or read, rather than focusing on the legwork of fact-gathering.

This pursuit of the Most Interesting Story instead of the simple truth has conditioned people to think of news as entertainment rather than information. Once news is just entertainment, the value of truth disappears: Outrageous and demonstrably false propaganda will always be more entertaining than stick-in-the-mud facts.

News ought to be your fruits and your vegetables, not your dessert. But many national media outlets, though they remain truthful, have pumped up the sugar and fat in their content. Now, Americans are addicted to a terrible media diet and confused as to what actually counts as news.

This is, again, a good reason to turn to local news for real facts and information. It’s also something that our brothers and sisters at the national level need to correct or propaganda will only continue to flourish.

We should be clear at this point: We are in no way lumping credible national news sources such as The Wall Street Journal, CNN or The New York Times in with the half-mad ravings of the big propaganda sites. They are two completely different animals because, as LMC has stated, “the content on these dishonest sites … is not news at all. It should not be put on par with ‘light news’ or ‘odd news.’ Rather, it is purposeful misinformation, misdirection and propaganda.”

It’s time to put a stop to propaganda before it erodes the public’s accurate knowledge of their nation any further.

You can help by vetting the news sources you read. Do you know the people who work at a media outlet? Does a website cite credible sources in its reporting? Are all of the headlines heavily opinionated? Is the reporter just telling you what you want to hear?

Advertisers can help by choosing to spend their ad dollars with reputable media organizations and refusing to buy ads on media sites that don’t adhere to journalistic reporting standards.

And we in the media can help by refusing to cheapen our reporting just to get attention.