Frances Flowers Clendenin, 92, passed away Thursday, March 2, 2017. She was born in Maury County, TN on September 17, 1924, a daughter of the late Charlie W. and Maggie Polly Flowers. 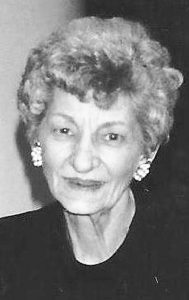 She was the widow of Joe Clendenin, with whom she was married 48 years when he passed away in 1993.

Frances was a homemaker and member of Perryville Methodist Church. She was an accomplished painter, avid collector of books and other antiquities, was a gifted seamstress and participated in several Bridge and Rook card clubs.

When living in Shellsburg, Iowa she founded the public library and served as First Lady as her husband Joe, was the Mayor. She was also a Gold Star Mother and member of the Ladies Auxiliary of the American Legion.

In addition to her parents and husband she was preceded in death by two children, Charles Clendenin and Janice Harrison; a granddaughter, Miranda Frances Greer; and two brothers John A. Flowers and Carlton Flowers.

The funeral service will be 1 p.m., Monday March 6, 2017 at Walden Funeral Home (formerly Wilder Funeral Home) in Perryville. Burial will follow in Bellevue Cemetery in Danville. Visitation will be 1- 5 p.m. Sunday March 5, 2017 at the funeral home.

In lieu of flowers memorial contributions are suggested to Perryville Methodist Church.