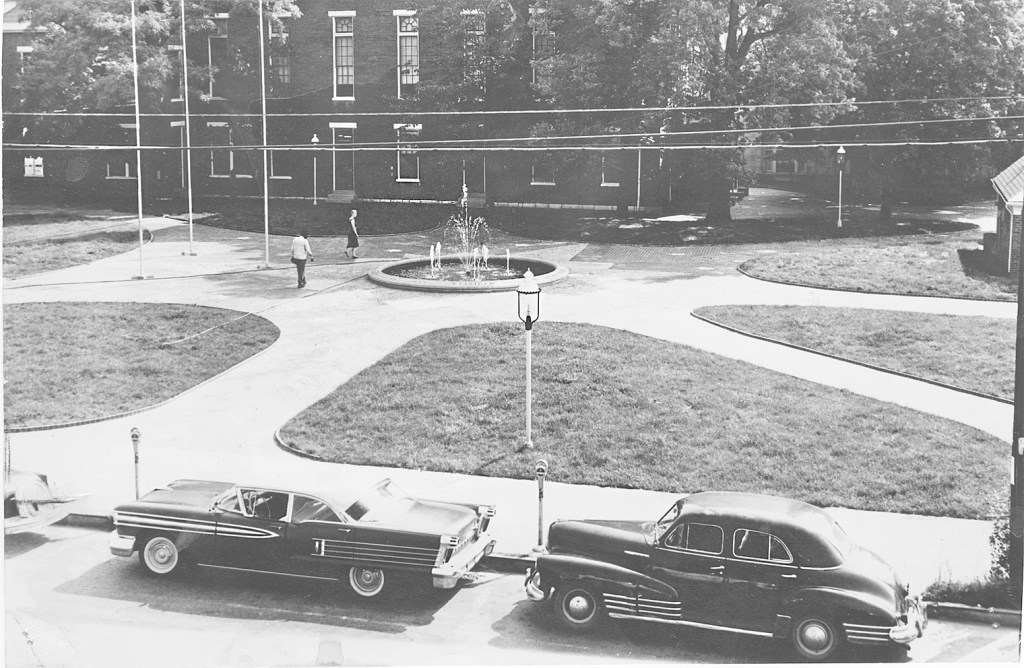 The corner plot where the newly renovated Weisiger Memorial Park was established in 1961 has a long history going back to the late 1700s when the Clements Tavern was built on the site.

Emma Weisiger willed the valuable corner to the people of Danville, according to the late Enos Swain, long-time editor of The Advocate-Messenger.

“Miss Weisiger stipulated the historic site should become a ‘green grass park’ in memory of her brother, Malcolm,” Swain said in 1987 during the dedication of the first renovation of the park. 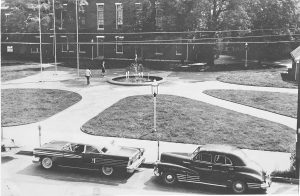 This site was on the corner of Broad and West streets on the original plat of the city of Danville and comprised the western most boundary of the city.

As Danville grew and boundaries changed, the town has grown around the once western edge until it has become central to the business, government and economic activity of the area.

As early as 1793, the second year of Kentucky statehood, the corner became the site of Clements Tavern, a famous local business for 50 years.

It was followed by a new, more pretentious Batterton House, operated by Jeremiah Clemens until 1826, when his son-in-law Charles Caldwell named it “The Big Black Horse Inn.”

It was continuously a busy commercial corner until 1937 after the three-story hotel building and theatre were destroyed by fire.

The last businesses there were Palace of Sweets confectionery operated by Nick London, and Colonial Theatre, operated by Malcom Weisiger.

The theatre was closed by movie exhibitors, according to legend, because Malcom Weisiger failed to return “The Mark of Zoro”, a great Douglas Fairbanks silent movie, which he held over from day to day in response to public demand and in violation of his contract to the distributors.

When Miss Weisiger’s will was probated, the location was under lease to Mattingly-Rapier Chevrolet Co., and served as a used car lot. 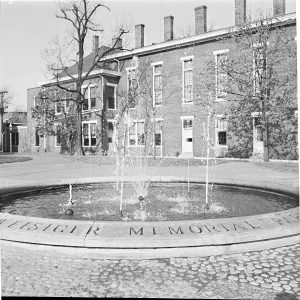 That was when Mayor Roy W. Arnold seized the opportunity to impound income from the lease for a number of years. When the city received possession of the property, he used the accumulated funds as the basis for construction of the park.

In the 1950s, the city decided to sell the park and use the money to improve Jackson Park. However, the local Garden Club decided to keep the park on Main Street, and after going to court, the Court of Appeals ruled the city could not sell the tract.

The design for the original park was similar to the newly renovated grounds dedicated in 1987.

The park is a tribute to Miss Weisiger because two beautiful parks, including Constitution Square Park, have been gifts of her generosity and interest in the preservation and beautification of the Danville landmarks, according to an article in The Advocate-Messenger.

The first park renovation in 1987 cost nearly $130,000 with the addition of a fountain, a copy of the one in front of the White House, and new flag poles, and three new benches, and new guidelines for using the park.

The city and county governments financed the project which also concluded redoing a sidewalk along Fourth Street, removing some trees and planting others and updating the lighting.

The July 4, 1987, rededication of the park attracted more than 400 guests dressed in red, white, and blue attire. Flowers and patriotic themes were displayed, and hundreds of American flags were given to guests.

The highlight of the afternoon was the raising of the American, Kentucky and Danville flags and turning on the new foundation.

The day ended with fireworks, contests, square dance and recognition to contest winners.

In more recent years, a bandstand was added for brass band concerts and other activities, and a second renovation project is currently underway. 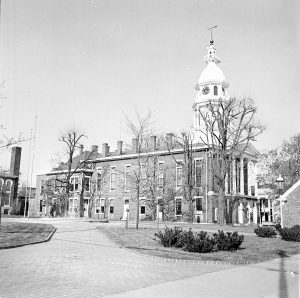 Looking at Weisiger Memorial Park from the corner of Main and Fourth streets.

From our files, March 4