John Robert Holt, 47, of Danville, KY, died Thursday, March 2, 2017 in Danville. Born August 8, 1969 to the late John Holt and the late Elizabeth Anna Johnson. He attended First Baptist Church in Danville. He was a good person, had a big heart, and was good to all. He was known as “Uncle Johnny” to most. 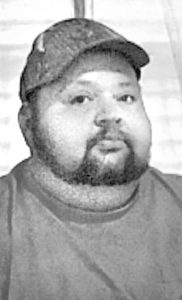 A memorial service will be held at 1 p.m. Tuesday, March 7, 2017 at Stith Funeral Home in Danville. Visitation will be 11 a.m.-1 p.m. Tuesday. Services will be officiated by Mark Tate.