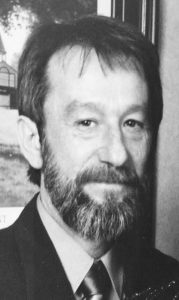 A 1969 graduate of Boyle County High School, he was a railroad conductor for Norfolk Southern and had owned H & H Upholstery.

He loved Harley Davidson motorcycles and collected anything Harley. He liked to spend time with friends but enjoyed his solitude. He also enjoyed boating and being on the lake.

He was preceded in death by his wife, Sandra “Bo” Horn.