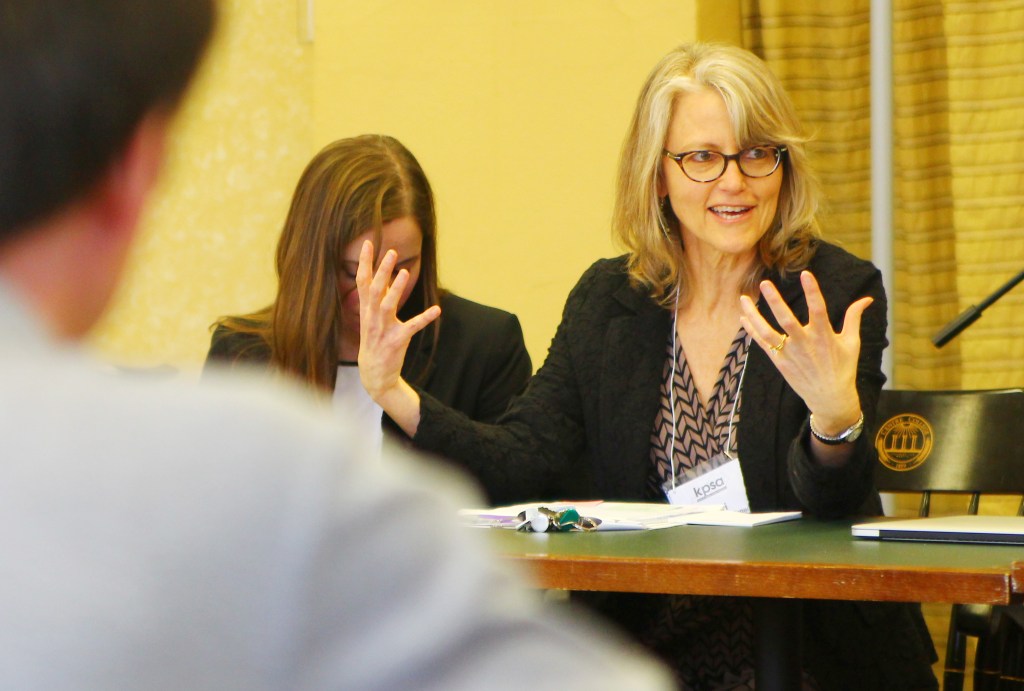 Ben Kleppinger/ben.kleppinger@amnews.com Lori Hartmann, a professor of international studies at Centre College, analyzes areas of the globe that may not be getting as much attention from the U.S. during a roundtable on prospects for the Trump presidency.

Centre College hosted the 56th annual meeting of the Kentucky Political Science Association over the weekend.

The two-day conference featured more than a dozen panels on various political science topics, as well as roundtable discussions on local and state politics; “Teaching Political Science in the Time of President Trump;” and prospects for the Trump administration. 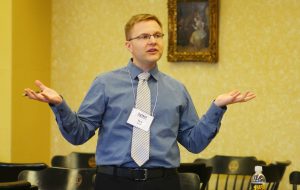 Ben Kleppinger/ben.kleppinger@amnews.com
Dr. Benjamin Knoll leads discussion in the Evans-Lively Room at the Old Carnegie building, where the conference was held.

This was the fifth time that Centre College hosted KPSA’s annual meeting, according to Centre professor Dr. Benjamin Knoll, who is serving as KPSA president for 2016-2017. Centre last hosted the conference in 2000. 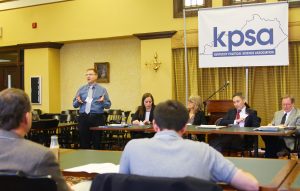 Ben Kleppinger/ben.kleppinger@amnews.com
Panelists prepare for a roundtable during the conference.