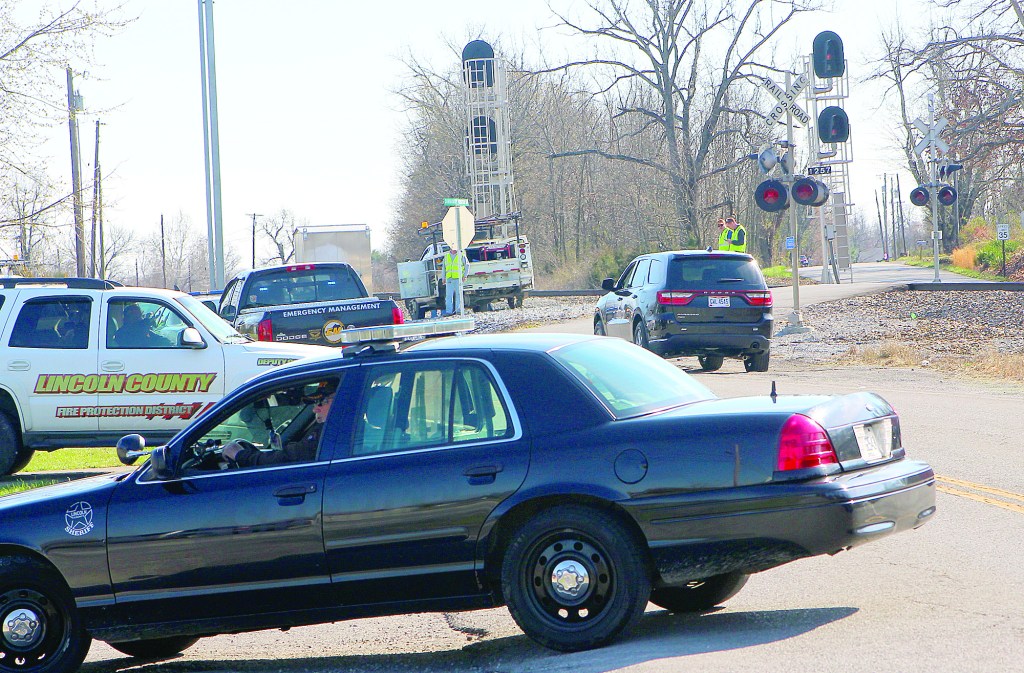 Ben Kleppinger/ben.kleppinger@amnews.com First responders work at the scene of a fatal collision between a vehicle and train Saturday in Moreland.

MORELAND — A Lincoln County man was killed Saturday when his vehicle collided with a train at a railroad crossing in the Moreland community of Lincoln County.

Asked if officials know why the collision occurred, Marcum said “we’re really not for sure because he wasn’t distracted by his phone because his telephone was still in its case on his belt.”

“It’s kind of a puzzling event that he kind of eased in front of the train,” said Marcum, who noted that the Community Center Drive crossing has flashing lights but no arm-bars to prevent crossing when a train is approaching.

“I’m pretty sure his death is going to be (due to) multiple blunt force trauma, but … we want to document his injuries via an autopsy,” Marcum said.

Stanford Fire Chief Scott Maples said the hazmat unit cleaned up gasoline that was leaking from the gas tank in the vehicle that collided with the train.

Kentucky State Police and investigators with Norfolk Southern are conducting an investigation into the incident, Marcum said.

Funeral arrangements are being handled by W.L. Pruitt Funeral Home in Moreland.