Titans heading back to state tournament 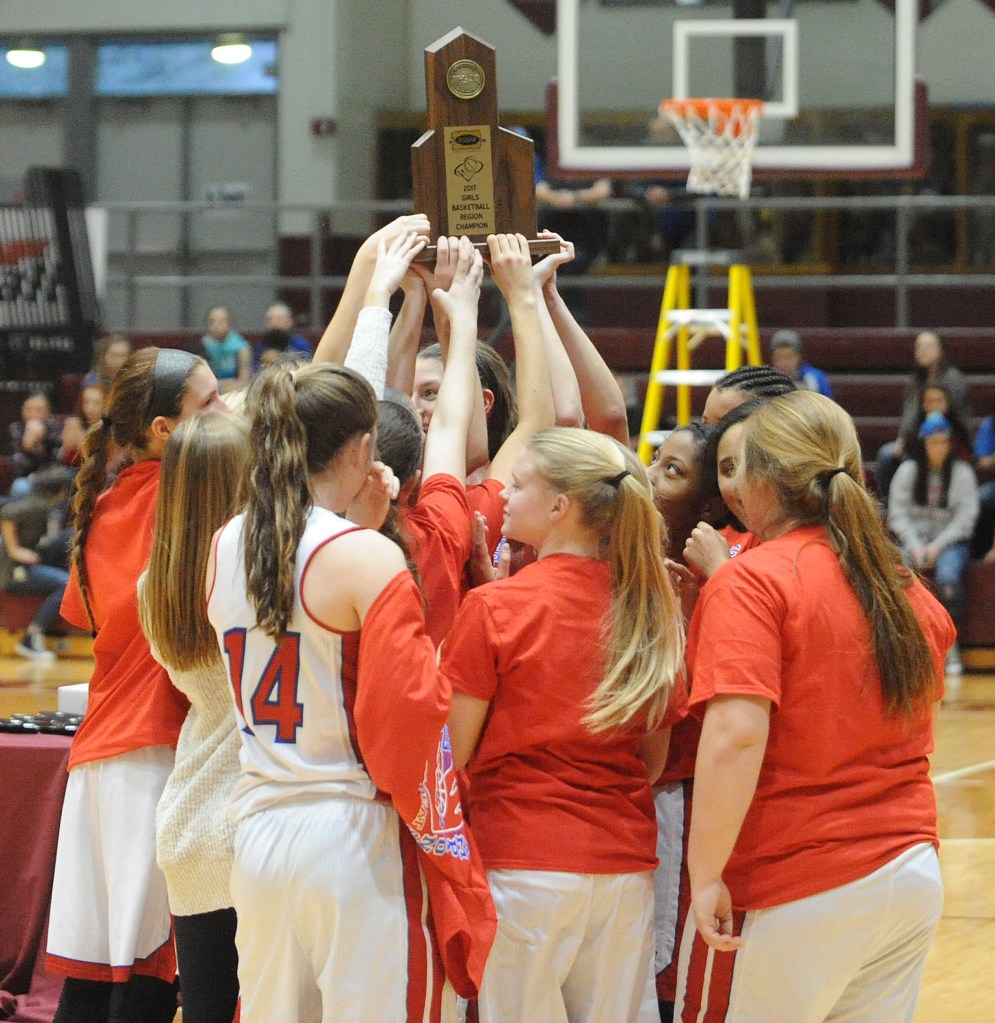 SOMERSET — It wasn’t supposed to be easy, and it wasn’t.

Mercer County won its third straight 12th Region girls basketball title with an 83-67 win over Lincoln County on Saturday at Pulaski County. This was the closest margin of victory in the postseason for the Titans, who’ve now won five playoff games by an average of 30 points.

The Titans move on to the KHSAA Sweet 16 state tournament, where they’ll face Boyd County (26-8) at 6:30 p.m. Wednesday at Northern Kentucky University.

“I’ll start thinking about it (Sunday), the coaches will,” Mercer coach Chris Souder said about the state tournament, “but I told them tonight, after this, anything in the state tournament is a bonus. We’re one of the favorites, but I don’t care about that. It’s a bonus. So many other teams would kill to get there. So we’re going to go there and play hard. If we win a state championship, great, but if we don’t, we’re going to go down fighting.”

Don’t let the final score fool you, though. This one didn’t turn into smiles, hugs and celebrations until late as the Patriots (23-9) hung with Mercer, cutting the lead to eight points early in the fourth quarter.

“The margin of the game isn’t indicative to how the ball game was played, anybody who was here knows that,” Lincoln coach Cassandra McWhorter said. “I’m proud of my girls for not giving up, even when they made the run to get up 16 or 17.”

It was the second straight loss in the region final to Mercer for the Pats. According to McWhorter, the fact it came against the same opponent doesn’t make it hurt worse — any loss at this point hurts bad enough.

Lincoln got 25 points from sophomore Kaitlynn Wilks while Haley Southerland added 15 and Emma King had 13.

Mercer’s Seygan Robins, the 12th Region player of the year, had a game-high 31 points, hitting four 3-pointers and going 9-of-10 from the free throw line. Lyric Houston had 17 points, and Faith Lake added nine.

For a complete story, see Monday’s The Advocate-Messenger.