Vernon Jay Withers, 68, passed away Saturday, March 4, 2017. He was born in Dunnville, Kentucky on December 12, 1948, a son of the late Dallas and Montie Luttrell Withers. 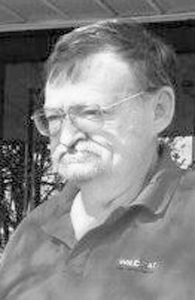 Vernon proudly served in the United States Army during the Viet Nam War and was awarded two Purple Heart medals and a Bronze Star. He continued serving his community as the longtime Police Chief of Perryville. He loved his job and enjoyed the interaction with people and socializing with everyone. He was an avid collector and was very fond of all things old.

A memorial service will be held at 12:30 p.m. Friday March 10, 2017, at Walden Funeral Home (formerly Wilder Funeral Home) in Perryville. Burial will follow with military honors at Camp Nelson National Cemetery. Friends may call beginning at 10:30 a.m. Friday morning at the funeral home.

In lieu of flowers memorial contributions are suggested to the Perryville Police Department in Vernon’s memory.