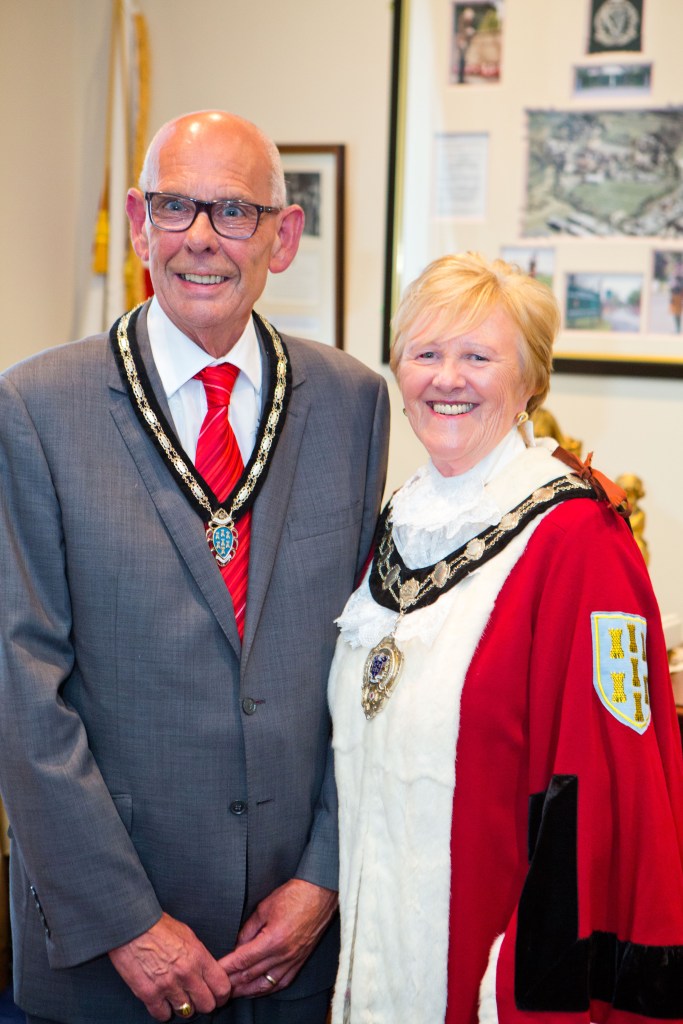 The mayor of Carrickfergus, Danville’s sister city in Ireland, will be arriving in the Blue Grass State on St. Patrick’s Day for a six-day visit.

Councillor Audrey Wales MBE (Member of the Most Excellent Order of the British Empire) is mayor of a merged council that governs Carrickfergus and two other boroughs — Ballymena and Larne. She will be traveling to Danville with her consort — a title for the spouse of royalty — Chris Wales, according to information provided by Danville’s Sister Cities Commission.

Plans include a special reception in the Evans-Lively Room in Centre College’s Old Carnegie Building, scheduled for 7 p.m. the following Monday, March 20. Sponsors and benefactors of the Sister Cities Commission will be invited to the reception and dessert will be served, said Milton Reigelman, a member of the commission.

Audrey and Chris Wales will also be honored guests at the Annual Rotary International Dinner on March 18, according to information from the Sister Cities Commission.

Commission members discussed many possible options for activities and places to visit with the mayor, including Shaker Village, area distilleries, West T. Hill Community theater, the Great American Dollhouse Museum and more. Commissioners suggested a list of possible activities could be drawn up and provided to Wales in advance of her arrival so she could select the ones she is most interested in.

According to the commission, there have been many instances of cultural exchange between the two cities since they were first officially “twinned” by Sister Cities International in 2008:

• In 2016, Danville representatives made their third Sister Cities trip to Ireland.

• The group Irish UPLIFT has held summer workshops in Danville for the past two years and is returning this summer.

• Danville has participated in one artist exchange with Carrickfergus and is in the process of selecting artists for a second exchange.

• In May, 200 Centre football players and family members will visit Carrickfergus.

“The mission of Sister Cities International, founded by President (Dwight) Eisenhower, is to promote ‘citizen diplomacy’ and global peace through educational and cultural exchanges,” according to information provided by the Sister Cities Commission.

Anyone who wants to become a 2017 Sister Cities sponsor or benefactor and meet Audrey Wales at the March 20 reception may give a check for $50 (to become a sponsor) or $100 (to become a benefactor) to any Sister Cities Commissioner. The commissioners are Jan Boyd, Georgia de Arujo, Jane Dewey, Laura Jack, Russ Goodwin, Ray Hammond, Gail Louis, Liz Orndorff, Milton Reigelman, Mary Beth Touchstone, Nick Wade and Rachel White.