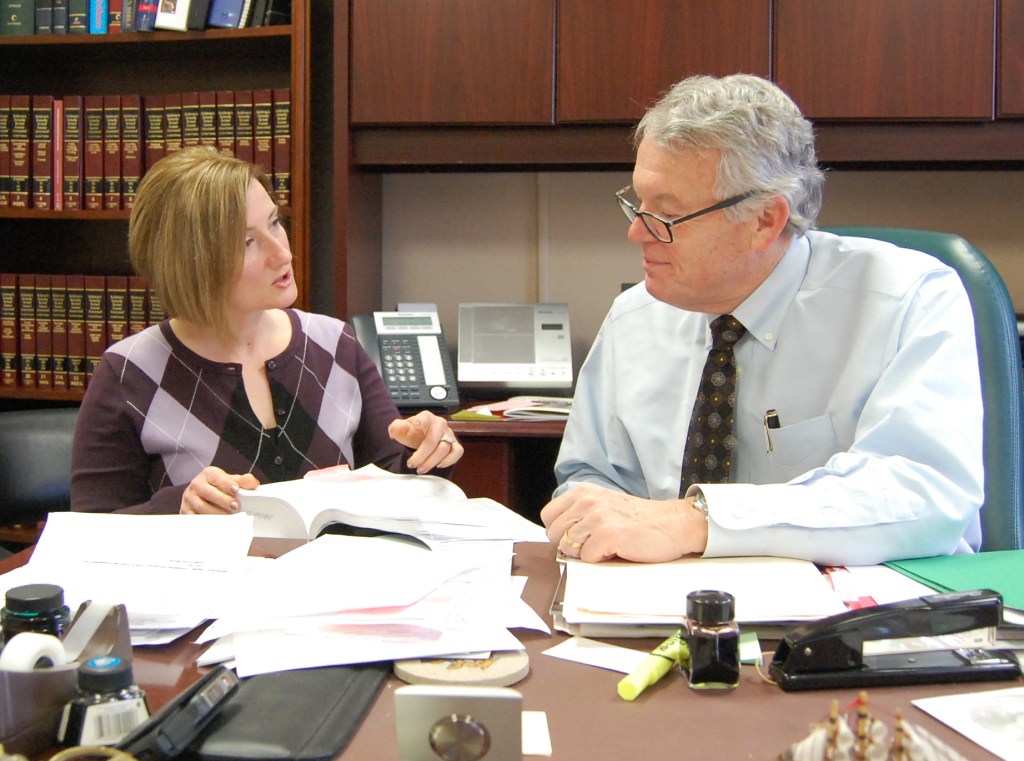 The number of drug cases continues to rise in the Boyle County court system. On Tuesday, 79 people faced a total of 120 drug-related charges in Boyle County Circuit Court.

Multiple charges involved cocaine, heroin, methamphetamine, synthetic drugs, drug paraphernalia or fentanyl — a potent opioid many times stronger than heroin. One of the charges was for possession of marijuana.

Some of those, said Commonwealth’s Attorney Richard Bottoms, are related to a recent round up by the Boyle County Sheriff’s Office and the Danville Police Department in which 16 people were arrested or charged with drug trafficking charges.

But he said in general, drug cases have continued to increase in recent years.

“It increases everyone’s caseload. With any state agency, everyone would like to have more funding, more personnel. You work within the parameters that you have. We have good law enforcement. We have good people there. I have good people associated with my office. The county attorney’s office does too. We work with what we have,” Bottoms said.

“Sure, instead of 150 (drug cases), I would love to have 50,” said Bottoms, noting that would mean lower case loads but also less of a drug problem in the community.

Overall, the number of all cases in Boyle County has continued to rise, compared to Mercer County where the caseload has held steady, Bottoms said. His office works in both counties.

Bottoms said when drug-related charges are brought, they are often accompanied by burglary or assault charges.

Whether or not he sees a drug-related case depends on the type of drug, the amount the accused has and their previous record. Cases that go before the circuit court are felony crimes and could result in years in prison, Bottoms said.

For example, marijuana — unless it is a large amount — will usually stay in district court.

“It is very difficult for a marijuana charge to get to a felony level,” said Assistant County Attorney Lynne Dean. “We see a lot of possession of marijuana (charges).”

On the other hand, heroin charges will almost always be sent to circuit court, she said. As will drug trafficking charges, explained Bottoms.

“It’s a case-by-case call,” he said. “We try to be consistent and treat everyone similarly. Different cases call for different action.”

The worst penalty for misdemeanor charges, seen by Dean at the district court level , is up to 12 months in jail or a fine.

Dean agreed that the caseload is increasing in general, especially among drug cases.

“It’s growing. The thing for us — all the crime is growing. Richard (Campbell, Boyle County attorney) has estimated maybe 80 percent of all the things we deal are related to drugs. I’d say it’s closer to 90,” she said. “Even if it’s not drugs, it’s assault, contempt, not being able to pass drug screens, not being able to comply.”

They typically see 75-100 cases every Tuesday in district Court, Dean said. That’s when cases are arraigned.

“Those dockets are getting pretty heavy,” she said, but added that their office is “keeping up.”

“It makes both of us a little sad about what’s going on out there and the fact that these drugs have such a grip over people,” Dean said.

The drugs involved in court cases are changing she said.

“The first six years I worked here, everything was cocaine or methamphetamine. A couple of years ago, we started seeing heroin … fentanyl — I saw my first case three to four months ago,” she said.

Cocaine use has dropped off, but methamphetamine use continues, Dean said, while the heroin and fentanyl continue to rise. It’s getting more challenging with the latter two, because law enforcement officers are not field testing it any more.

Sometimes, that means the results of a lab test won’t be back until after the preliminary hearing. In those instances, Dean relies on officers to testify, “based on their education and experience.”

“It’s not something we want our officers risking their lives with. They risk their lives enough,” she said. “It’s pretty scary stuff.”

Dean said they are seeing more repeat offenders, too. And beyond that, they are losing more of those individuals.

“A few years back, we would have someone that we were prosecuting pass away every six months or so, maybe,” Dean said. “Now, it’s not uncommon for us to come in after a weekend and hear that two or three of the people we have prosecuted are no longer around.”

While they are doing their jobs, Dean said it’s not always an easy decision when determining whether to offer someone jail time, rehab or release.

“It’s something that’s been brought on by the massive amount of drug cases. That’s a change in the way we’ve done things,” she said. “It’s not all about punishment anymore. It’s about helping people.”

She said she’s been taking more time to speak with addicts regarding how they got started, because she believes doing so will make her a “better prosecutor.”

“Everyone I talked to started drugs at a ridiculously young age, like nine or 10. It’s never too early to talk to your kids about the dangers of drugs,” Dean said. “A lot of good kids end up doing heroin and becoming addicts.”