Bob Peyton, 84, husband of Louise Murphy Peyton for 63 years, went to be with the Lord Wednesday, March 8, 2017. Born September 5, 1932, in Mercer County, he was the son of the late Walter Raymond and Verlia Ann (Robinson) Peyton. 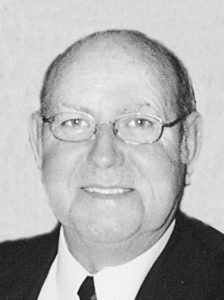 He was a former real estate company owner and agent, and for the past 12 years worked for B & E Furniture. Bob was a proud member and deacon of the Gethsemane Baptist Church, Danville, and was a member of the St. John’s Masonic Lodge #125, Salvisa.

Other survivors include one sister, Marjorie Catherine Peyton Young of Harrodsburg; many loving nieces and nephews. He was preceded in death by four siblings, Raymond Denton and Bruce Lyons Peyton, Margaret Louise Peyton Robinson, and Helen Virginia Peyton Gash.