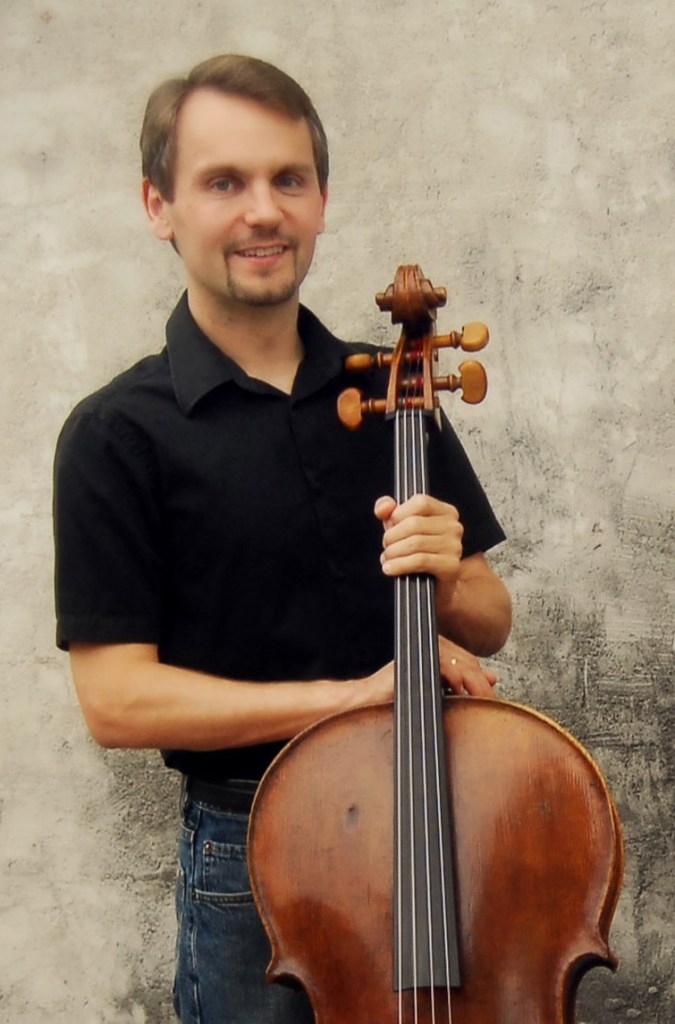 A program featuring one man, one cello and music written or inspired by Johann Sebastian Bach comes 7:30 p.m. Monday, March 13 to Weisiger Theatre at the Norton Center for the Arts.

The free program, “Reflecting Bach,” is sponsored by Centre College’s Music Program and will be presented by cellist Christopher Hutton, who created the recital project focused on Bach’s Six Suites for Unaccompanied Violoncello and solo cello music written by later composers who were inspired by Bach.

Hutton, Associate Professor of Violoncello at Furman University in Greenville, South Carolina, explains on the website reflectingbach.com Bach was not widely known as a composer when he wrote his cello suites almost 300 years ago. Cellists only gradually learned of the pieces through hand-copied scores, but it was not until the 20th Century that they began to be performed as concert music and gradually rose to their current status as the most important and treasured works written for solo cello. Many later composers such as Max Reger, Benjamin Britten, John Harbison and William Bolcom have since created engaging works inspired by the music Bach wrote centuries earlier.

Originally from Wellington, New Zealand, Hutton is the cellist of the Poinsett Piano Trio and has performed widely, including solo and chamber music recitals in his home country, his adopted home of the United States, and in Europe. He has recorded for New Zealand’s Concert FM, Germany’s SWF Radio, and appears on a disc of contemporary music on Albany Classics.  Hutton served as co-principal cellist of the New World Symphony Orchestra under music director Michael Tilson Thomas and has played in the New Zealand Symphony Orchestra as well as other orchestras in the United States.

Monday’s concert will include samples from the Suites for Unaccompanied Violoncello as well as pieces by Max Reger and Benjamin Britten. Free parking is available in the Norton Center lot.